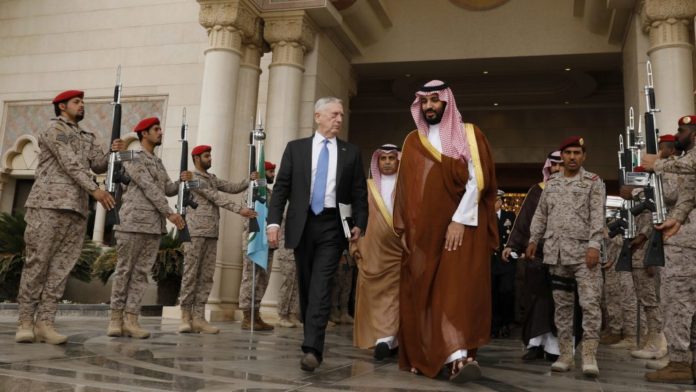 On the heels of approving a $2 billion arms deal with terrorists from United Arab Emirates, US weapons manufacturers are now expecting massive profits from terrorists in Saudi Arabia and Israel as well.

Earlier this month, US officials said the US was seeking to reach “billions” of dollars in arms sales to Saudi Arabia as part of Trump’s visit to Riyadh. With a week left before the visit, officials now say the White House is very close to the deal, and that it will amount to over $100 billion in sales, reported Mint Press News.

Details are still emerging, but the plan is for this to set out a series of growing deals over the next decade that will involve more than $300 billion going to arms dealers, not just to arm the Saudis, but in extra aid to Israel to ensure their “qualitative military edge” over the Saudis.

White House officials claim the move would be good for the economy, and insisted that building Saudi Arabia’s already substantial military was “essential” because of regional problems. Saudi Arabia spends much of its military budget terrorizing Yemen and trying to reinstall former President Hadi in power. UAE, who also recently had a $2 billion weapons deal approved by the US, is also known for their terrorism against Yemeni civilians.

Given Saudi Arabia’s Yemen-centric foreign policy, US sales are likely to be heavily on warplanes and bombs to drop on northern Yemen, as the conflict has lasted far longer than the Saudis anticipated, and there is little sign they are interested in extricating themselves from the conflict anytime soon, reported MPN.

How much this means Israel will get greatly depends on the sort of weapons the US is giving Saudi Arabia, and particularly if there is anything “new” in the shipments or just more of the same old stuff. The US commitment to ensuring Israel has an advantage over the rest of the Middle East militarily, while at the same time selling large amounts of arms to the rest of the Middle East, has been icing on the cake for US arms makers, who end up supplying all sides of this arms race.

Israel also has a long history of terrorism and war crimes against Palestinians which continue today. They have also recently been bombing Syria and according to Netanyahu, they will continue their attacks there.

The U.S. Had a Plan to Topple All 7 Countries on Trump’s Refugee Ban...

Everyone Should Ban Themselves – Anti Media News