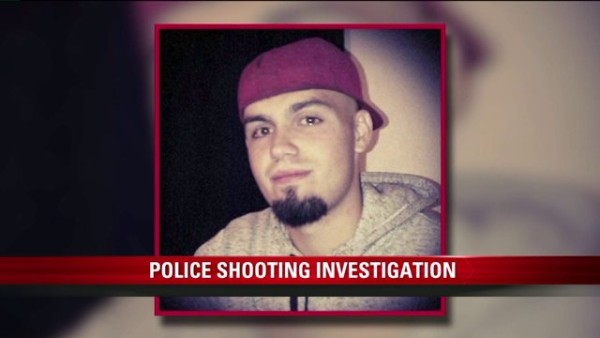 After watching this video, you will come to know how the police have made the United States the most dangerous liberal democratic nation to be in.

It has now been revealed that a police officer recklessly and brutally murdered an unarmed man in Salt Lake City, Utah, in August 2014.

The victim- Dillon Taylor, was gunned down in broad daylight by Officer Bron Cruz, and the body camera attached to the officer captured the sad incident clearly.

It is said that the officer mistook the victim for a suspected criminal who was armed and terrorizing people in the area where the incident happened.

According to the account given by the victim’s brother, the three young men — the victim, his brother, and his cousin—were exiting a 7-Eleven in an area where police were searching for a suspect, who had allegedly been waving a gun around.

He continued to explain that when they exited the convenience store, they were suddenly surrounded by officers and were ordered to show their hands.  He and his cousin complied, but at that moment, Taylor was listening to music and did not hear the police’s instructions and kept walking. The officer then pulled the trigger, murdering Taylor in cold blood. After Taylor was shot, the camera indeed captured the headphones he was using to listen to music.

“He couldn’t hear them, so he just kept walking. Then … they had guns pointed at his face. That’s when he turned off the music. I saw them point guns at my brother’s face, and I knew what was going to happen,” Taylor’s brother, Jerrail Taylor, told reporters.

According to Jerrail, his brother got confused the moment he turned and saw the officers talking to him and was on the verge of obeying their instructions. Jerrail said, “he got confused, he went to pull up his pants to get on the ground, and they shot him”.

The body cam footage was released in September last year. It is said the video was stopped just after the shots were fired. Most likely, the police department did not want the public to see what happened after the shot.

But, the family has managed to obtain the full video. The full video was released this year, and shows the disturbing moments before and after the innocent man was brutally killed. The police even confirmed in the video that there was no weapon on him. 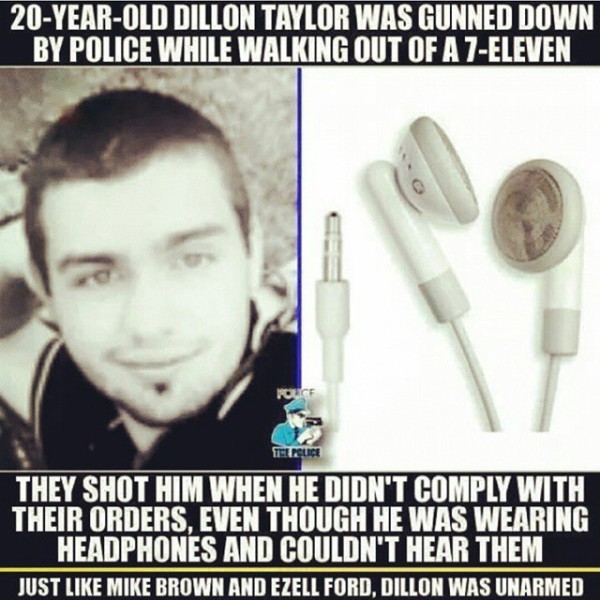 Taylor, after being shot, was then handcuffed as the police called for medical aid. For close to six minutes, before the medical aid arrived, he had continuously bled out, leaving all his attire soaked in blood.

The full video released has corrected the initial impressions created by the police, which described Taylor refusing to surrender, ultimately prompting the police to shoot him.

Activists are demanding justice for Taylor. Meanwhile, the officer who committed this heinous crime is still at his post. None of the officers involved have been placed under investigation. In the United States, this is how policing is done. They pass death sentences according to their convenience.

By: Amando Flavio From: AnonHQ

Ferguson Finally Drops Charges Against Man, After He Loses His Job, Home, And Life...