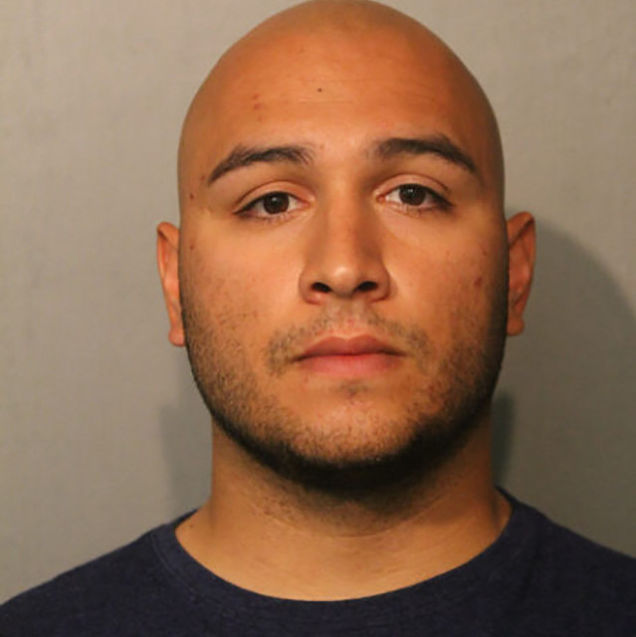 A Chicago man caught on camera viciously punching a female security guard trying to assist him after he vomited has been identified and arrested, police confirmed.

According to the New York Post, 23-year-old Matthew De Leon was charged with three felony counts of aggravated battery after being identified as the man who punched 46-year-old Zoa Stigler early Sunday morning after vomiting in front of the building where she works.

De Leon surrendered to police Tuesday, saying through a representative that “there are consequences he knows he has to face,” according to the report.

“He knew what he did was wrong,” Dawn Valenti, a representative for De Leon, told the Chicago Tribune. “I can’t tell you how sorry he is. … He hit a woman. That’s not what he does.”

Stigler suffered injures, including a broken bone below her eye and a broken nose, and may require surgery.

The surveillance video of the incident shows Stigler walking outside and standing next to De Leon, who is sitting on the ground.

Stigler said she was checking on him to see if he needed help. After a few minutes, she decided to call 911. Police drove by but did not stop in the area, earlier reports noted.

A few more minutes went by, and a woman accompanying De Leon showed up and he started vomiting. Stigler then went to get a mop and bucket to clean up the mess and then told the man and his friends to move along.

The man then first threw water from a water bottle at Stigler before punching her viciously in the face, video footage shows.

“He didn’t show any remorse. He didn’t say anything, and he just punched me,” Stigler said at the time.

White House Spokespeople No Longer Allowed To Appear On CNN Because It Doesn’t ‘Promote’...