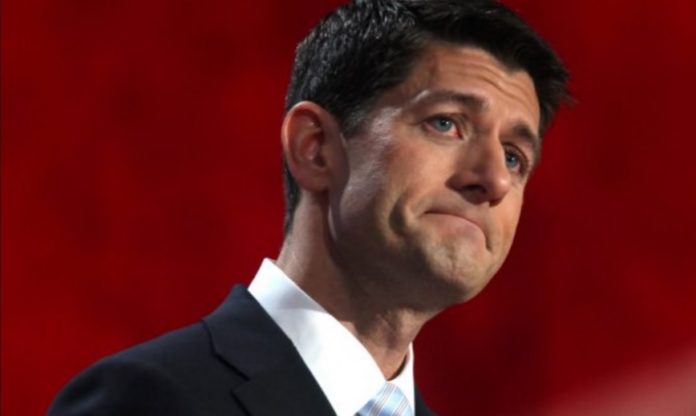 After reports about former FBI Director James Comey’s memos on his conversations with President Donald Trump, some Republican lawmakers are getting creative to avoid the questions. They are not willing to speak the truth because they are more dedicated to the republican party than to the American people.

Reporters in Washington have seen GOP congresspeople avoid their calls and requests for comment in extraordinary ways — including one Republican flipping off a reporter, and others answering fake phone calls in front of journalists asking them questions, reported Raw Story.

The Independent Journal Review’s Haley Byrd tweeted she saw a “lot of members of Congress suddenly getting phone calls when they pass reporters in the way to votes right now.” Raw Story also said she tweeted Texas Republican Will Hurd got mad at her for “following him during his fake phone conversation”.

When they weren’t using the fake phone call gag to get out of answering questions, other Republicans were simply avoiding going on-air to defend the president against accusations that he asked Comey to close the investigation into his disgraced national security adviser Michael Flynn.

The Washington Examiner‘s Sarah Westwood tweeted that Fox News said “they can’t get a Republican member on the air right now to defend Trump”.

Read some of the tweets below:

I just asked @DarrellIssa abt the Comey news and he flicked me off — literally gave me the middle finger — and kept walking. Said nothing

Me: hi Congressman have you seen this NYT story

Me: ok I’ll summarize it

.@FoxNews reporting on the air now that they can’t get a Republican member on the air right now to defend Trump

I attempted to ask @SpeakerRyan about the New York Times story in the Capitol. He tapped me on the arm and said hi, and kept walking.

The White House statement saying Trump never interfered in the FBI Flynn investigation is anonymously sourced. No one put their name on it. https://t.co/XMdNU3DYj8

A Major US City Just Became The First To Declare Itself A ‘Trump-Free Zone’...