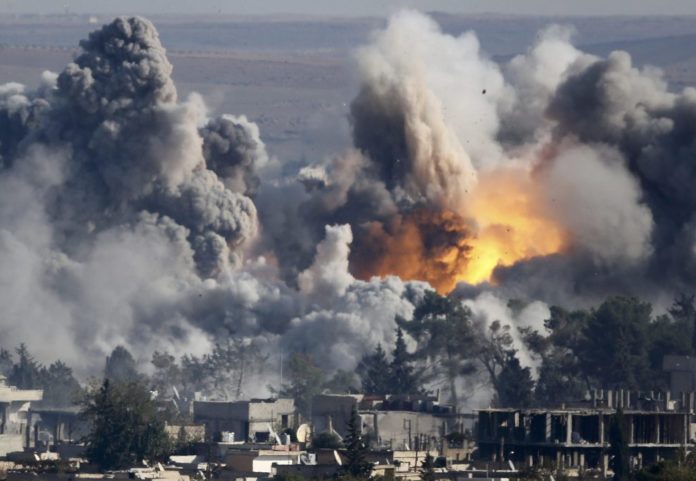 This is only the latest in a growing number of civilian-killing US attacks around Syria. Including these civilians who were slaughtered while sleeping in their homes, reports show at least 87 civilians killed in the last five days from US and coalition strikes.

Adding to the growing civilian death toll caused by US airstrikes/terrorist attacks in Iraq and Syria, the US attacked the Syrian border town of Abu Kamal, along the key Iraqi border crossing, killing at least 30 civilians in the process, reported Mint Press News.

According to the Syrian Observatory for Human Rights, ISIS is believed to have been using some of the apartments in the targeted area. There is, however, no sign that the apartments the US bombed contained any of the ISIS fighters in question, reported MPN.

At least 87 civilians have been killed in the last five days from US and coalition strikes.

Abu Kamal is a hugely important strategic holding of ISIS, though its value has dropped somewhat since they lost most of their territory in Iraq’s Anbar Province. Still, it is along the main highway connecting Syria’s Deir Ezzor and Iraq, and has been contested by US-backed rebels intermittently, albeit unsuccessfully.

Muslims, Jews and Christians Team Up To Make Sure NO ONE Spends Christmas Alone...