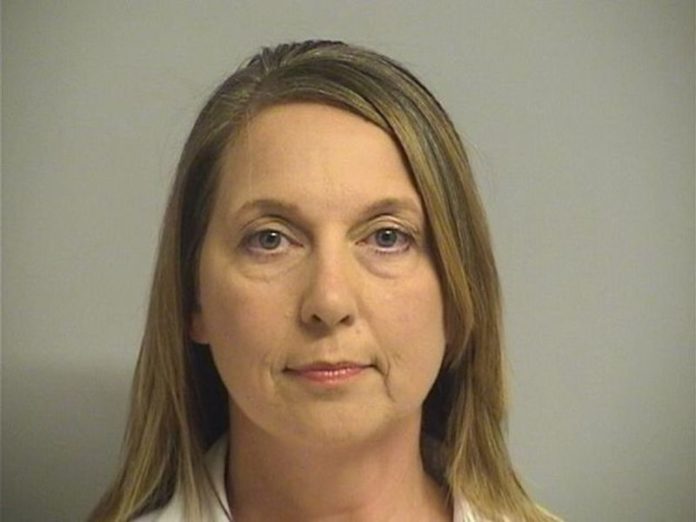 The justice system has failed Americans once again as it allowed an officer to shoot and kill an unarmed man with no consequences for the killer cop.

The jury in the trial of Tulsa, Okla., Police Officer Betty Shelby deliberated for nine hours Wednesday before finding her not guilty of manslaughter in the shooting death of unarmed black motorist Terence Crutcher.

The Root reported Crutcher’s twin sister, Tiffany Crutcher, announced that the verdict had been reached just after 9 p.m. Central.

A few hours into the deliberations, defense attorney Shannon McMurray requested a mistrial, alleging prosecutorial misconduct, but the judge rejected the request.

The jurors sent the judge a note asking if they could make a statement when they delivered the verdict, but the judge denied that request.

Shelby, 43, was charged with first-degree felony manslaughter in the September 2016 fatal shooting of Crutcher on a Tulsa highway after his car broke down.

Video of the shooting showed Crutcher raising his hands as he walked to his vehicle, and in the audio, you can hear the pilot of a helicopter overhead stating that Crutcher looked like a “bad dude.”

Proving she is unfit to be a police officer, Shelby stated earlier this week  that it was the scariest moment of her life and that she was filled with fear. Tulsa police said that Crutcher was not complying with their demands when he was shot, but the video seemed to show a totally different story than what the police said.

Shelby took the stand in her own defense in the weeklong trial, testifying that her training led her to shoot Crutcher because she believed that he was reaching for a weapon through a partially open window in his vehicle. The video of the incident proves this is not true, but the police story seems to be more important to jurors than video evidence.

Shelby has routinely denied that race was a factor in her response to the encounter, blaming Crutcher’s actions and saying that he seemed to be high on drugs and did not respond to police commands as he walked toward his vehicle.

Prosecutors countered that possible drug use and ignoring commands were no reason for an officer to use deadly force against a civilian.

The video made its rounds on the internet and we all had the chance to see her kill the unarmed man.  She is not fit to be a police officer and should never have the opportunity to carry a gun.  People need to be outraged over this decision.  She killed an unarmed man with his arms in the air.  She needs to pay for her crime.

Why Do So Many Americans Have Islamophobia? – Anti Media News