Home News Hillary Clinton’s Crimes Are Much Worse Than We First Thought – Anti... 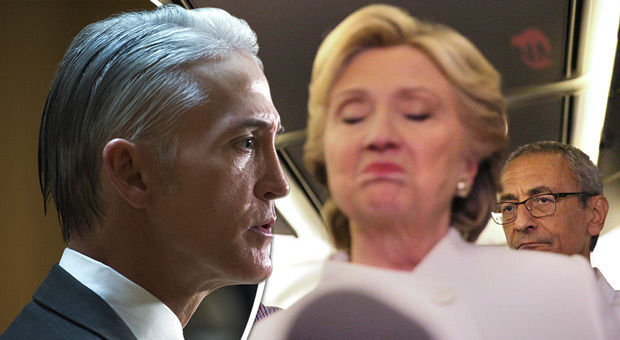 Straight-talking Congressman Trey Gowdy has confirmed that the crimes Hillary Clinton is implicated in are “much worse than first thought” as details emerging from the investigation into her emails are soon to go public.

Mr. Gowdy has said that “history will be nicer” to James Comey once classified findings of the case are revealed.

Rep. Trey Gowdy (R-S.C.), who removed himself from the shortlist for the new Director of the FBI, has confirmed that the hold-ups with the case have been down to the far-reaching nature of the crimes with many high-level political figures in Washington D.C. also being complicit in the crimes.

“I’ve had plenty of differences with Jim Comey, I want to be really clear about that, but I think history is going to be much kinder to Comey over his July press conference [in which he declined to prosecute Hillary] than the Democrats were when he had it,” Gowdy told Fox News. “I think he had access to information that, because he’s a stand-up guy who’s not going to decimate classified information although God knows everyone else is, he’s not going to [release] it even if it casts him in a negative light.”

“…Comey had access to additional [classified] information that I am convinced that left him with no other choice than to make the decision he made in July.”

And right after that decision, an FBI insider with “intimate knowledge of the inner workings of the Clinton case” revealed the agency’s investigation into Clinton’s private email servers pointed towards greater crimes involving the Clinton Foundation.

“There is enough for her and the entire government to be brought down,” he revealed. “People do not realize how enormous this whole situation actually is.”

“The problem is with the Clinton Foundation as I mentioned, which you should just imagine as a massive spider web of connections and money laundering implicating hundreds of high-level people.

”The FBI source said Clinton has simply a piece in this “massive sh*tstorm” that would have pitted the FBI against the entire globalist power structure had Comey decided to prosecute Clinton.“

…This case would explode into a million other cases if fully brought to light, and then we would be one agency competing against the entire government and a hoard of other interests,” he continued. “It is a very tense and uncomfortable position.”

North Korea Warns ‘Thermonuclear War May Break Out At Any Moment’ – Anti Media...