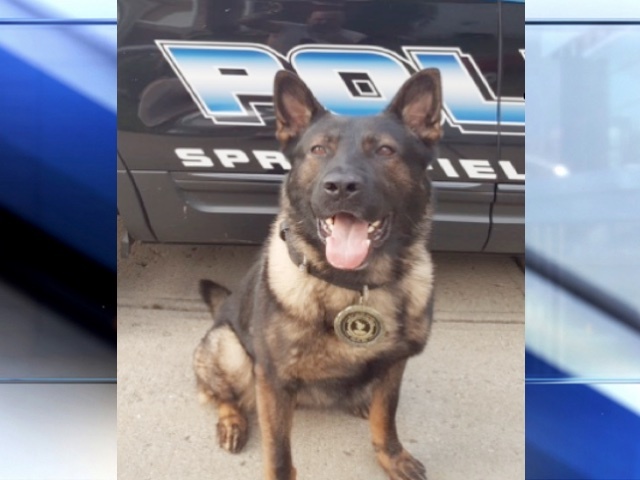 We have all seen videos and articles about unarmed people being killed by police. Unfortunately, the officers tend to get a paid vacation and no real punishment.

In a stunning move that proves courts put far more value on the lives of police dogs than people, a man who shot a police dog, only injuring it, during a pursuit in 2016 was sentenced to 19 years in prison Wednesday.

Tyler Jones was shot by Springfield Township police after he wounded K-9 Pako in the shoulder and aimed his gun at officers, police said. Jones pleaded guilty to seven felony charges, reported WCPO.

Pako recovered, returned to duty and  was given the K-9 Valor Award by the North American Police Work Dog Association last week in a ceremony in Eureka, Missouri.

The incident happened when police tried to stop a suspected drunk driver in Springdale at 1:45 a.m. on June 3. Police said a female passenger appeared to attempt to get out of the moving car, which was finally halted by police using stop sticks on Winton Road near West North Bend Road, said WCPO.

Police said Jones, 27, ran down Winton Road with Pako giving chase until he turned and fired a semiautomatic handgun. Jones was charged with four counts of felonious assault along with one count of assaulting a police dog, carrying a concealed weapon, and  possession of weapons while under disability.

The police chief reiterates that court decision that police dogs are more important than people.

“When a suspect is firing shots, it’s the same as the police officers that were taking fire,” Springfield Township Police Chief Robert Browder said at the time. “It’s the same thing – the dog and the human police officers. There’s no difference to me.”

It sure is disturbing that a man can get 19 years in jail for injuring a dog, while police officers get a paid vacation for killing another human.

Trump Calls on His Supporters To Hold Massive Rallies on His Behalf- Hardly Anyone...

A Republican Lawmaker Claims Pregnancy By Rape Is A Gift From God – Anti...