Home American Terrorism DoD Audit Shows $1 Billion Worth Of US Weapons May Have Went... 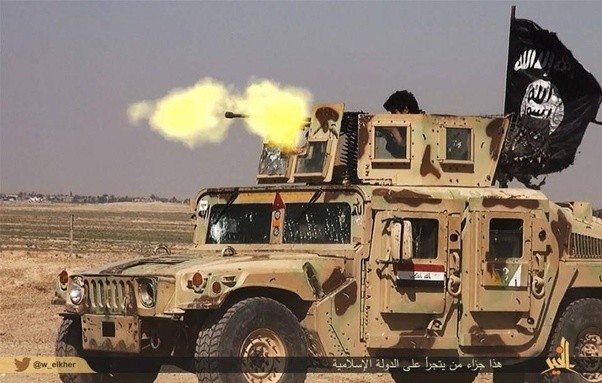 The US military lost track of $1 billion worth of arms bound for Iraq and Kuwait, according to a US Department of Defense audit obtained by Amnesty International.

The government audit, from September 2016, reveals that the DoD “did not have accurate, up-to-date records on the quantity and location” of a vast amount of equipment pouring into Kuwait and Iraq to provision the Iraqi Army, reported The Middle East Monitor.

This audit provides a worrying insight into the US Army’s flawed – and potentially dangerous – system for controlling millions of dollars’ worth of arms transfers to a hugely volatile region, said Patrick Wilcken, Amnesty International’s arms control and human rights researcher.

Regarding the implications of the massive mistake, Wilcken said: “It makes for especially sobering reading given the long history of leakage of US arms to multiple armed groups committing atrocities in Iraq, including the armed group calling itself the Islamic State [Daesh].”

The military transfers came under the Iraq Train and Equip Fund (ITEF). The DoD investigation, which examined whether the US Army had effective controls for processing and transferring the equipment to the Government of Iraq, reported that in 2015, US Congress appropriated $1.6 billion for the program to combat the advance of Daesh.

The report also revealed that the transfers include tens of thousands of assault rifles worth $28 million, hundreds of mortar rounds and hundreds of Humvee armored vehicles, which were destined for use by the central Iraqi Army, including the predominantly Shia Popular Mobilisation Units, as well as the Kurdish Peshmerga forces, according to MEM.

In its audit, the DoD found several serious shortcomings in how ITEF equipment was logged and monitored from the point of delivery onward, including fragmentary record-keeping in arms depots in Kuwait and Iraq and incomplete records meaning those responsible for the equipment were unable to ascertain its location or status.

Amnesty believes that the lax controls and record-keeping within the Iraqi chain of command has resulted in arms manufactured in the USA and other countries winding up in the hands of armed groups known to be committing war crimes and other atrocities, such as Daesh, as well as paramilitary militias now incorporated into the Iraqi army.