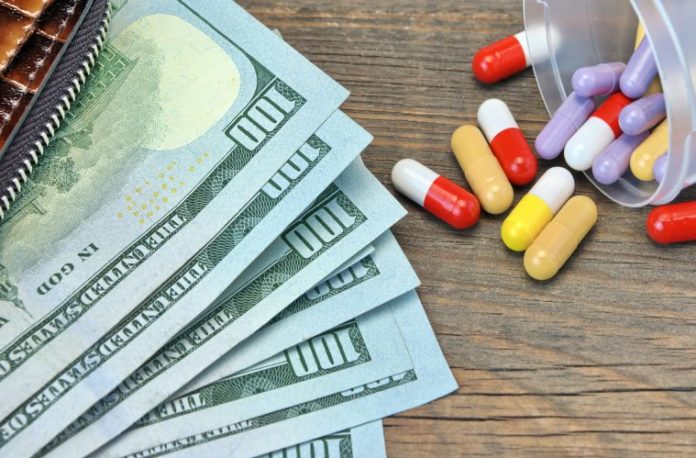 We usually assume that if someone hurts us, there can be legal ramifications – but when it comes to Big Pharma, that’s hardly the case. And, if two separate bills pass in the U.S. House of Representatives, it’ll be even harder to get any semblance of justice.

Those two bills? H.R. 985, the 2017 Fairness in Class Action Litigation Act and H.R. 1215, the Protecting Access to Care Act of 2017, both of which make it even harder to hold a pharmaceutical company responsible for the repercussions of their drugs.

According to the current law, it’s already pretty difficult to hold pharmaceutical companies responsible. As currently written, the laws allow you to sue if you weren’t warned of possible consequences – but not for actual consequences of taking their drugs.

And, courtesy all the layers of lawyers protecting Big Pharma, even then, it’s almost impossible to win – really, the only way to do so is if the drug manufacturer changes their warning labels, in essence admitting they knew the consequences.

If they never make those changes, or otherwise admit they were responsible, though? Good luck.

And if the drug you took was generic? Well, you can’t sue then, either. Consider the  New York Times article “In 5-4 Ruling, Justices Say Generic Makers Are Not Liable for Design of Drugs” and the posts on HormonesMatter.com, “SCOTUS Decision on Medication Safety: No Product Liability” and “Hurt by a Generic Drug? Victims have no Recourse unless the FDA Changes Rules.” Again, there’s not much you can do – generic drug makers are protected.

Consider the case of Chris Dannelly below. His death was clearly the result of the drug Levaquin – but there’s nothing his widow can do.

But don’t worry – it gets worse. As the ProPublica article “Patient Harm: When An Attorney Won’t Take Your Case” notes, it’s almost impossible to find a lawyer who will work with you on these types of cases unless you’re extremely wealthy:

But lawyers may have to invest $50,000 or more to pursue a case, and they usually only get paid if they win or settle. The payout is determined largely by economic damages – lost earnings, medical bills and future costs caused by the injury.  Those who don’t earn big paychecks – including children, the elderly and stay-at-home-moms – are the least likely to find an attorney, studies show.

As a result, if you’re not wealthy – if you can’t show millions of dollars in losses as a result – no one is likely to take your case, but it won’t make sense economically for their law firm.

As a result, class-action lawsuits are the only ones that stand a chance in court for most people who’ve been duped by Big Pharma.

Don’t worry – the first of the bills, H.R. 985, the 2017 Fairness in Class Action Litigation Act, aims to make it even harder for victims to get justice.

As Collective Evolution notes, though:

Here is an example of how this provision in H.R. 985 could hurt people: The warning labels for fluoroquinolone antibiotics, including Cipro, Levaquin, and Avelox, have recently been updated to note that permanent peripheral neuropathy is a potential effect of those drugs. This opened the door to lawsuits, and many law firms are taking cases for those suffering from peripheral neuropathy caused by fluoroquinolones. Peripheral neuropathy is a broad diagnosis though, and it presents in many different ways. Some people with peripheral neuropathy may have pain that is debilitating, while others may have twitching muscles, others may experience numbness, others may have reduced balance or coordination, and others may have autonomic nervous system dysfunction that causes loss of digestive motility. H.R. 985 could make it so that those plaintiffs cannot join together in a class-action lawsuit because their symptoms present differently, and, as noted above, without the possibility of a class-action lawsuit, there is no possibility for justice for many victims of pharmaceutical industry crimes.

In “House Judiciary Committee Passes H.R. 985: Fairness in Class Action Litigation” the following example is given to illustrate how this provision could hurt those trying to sue a bank: “So if your bank steals a $5 overdraft fee, and $10 from your neighbor, a class action could be dismissed because your injuries were different. Even if you file a lawsuit and get your $5 back, your friend would not.”

The other way that H.B. 985 protects Big Pharma is by limiting the amount attorneys can make off these cases – further limiting the number of lawyers who would even consider taking such cases.

In “Fairness in Class Action Litigation Act of 2017: The Corporate Sweetheart Deal,” it is noted that:

Under this bill it is doubtful you would be able to find a lawyer to represent you unless you could afford to pay them hourly. Lawyers know that people who have been badly hurt often cannot afford to pay hefty hourly legal bills. Thus, lawyers often enter into a contingency contract with clients. The lawyer promises to work hard on the client’s behalf, and if the lawyer wins the case, the client pays them a portion of what was collected. This bill makes it nearly impossible for lawyers to make that agreement with their clients. This is a move by the federal government to directly interfere with and restrict negotiated contracts.

That brings us to the second bill,  HR 1215 “Protecting Access to Care Act of 2017,” which, somehow, may be even worse. As Collective Evolution notes:

H.R. 1215 eliminates the rights of people harmed by medical professionals. It rigs the system, making it nearly impossible for injured victims to pursue lawsuits by imposing harsh time limits on lawsuits, denying the right to a trial by jury, limiting certain damages to $250,000 (even in states where such limits are unconstitutional), and protecting those who prescribe dangerous drugs and who hurt people with dangerous medical devices.

Both of these bills are gifts from congressmen to lobbyists. Consider the man in many ways behind both bills, Republican Bob Goodlatte of Virginia. During his time in Congress, Representative Goodlatte has received more that $2.1 million from agribusiness, almost $1.5 million from the finance, insurance, and real estate sector, more than $670,000 from the health sector (which includes pharmaceutical companies), and $1.3 million from miscellaneous business interests, as Collective Evolution notes. And yet, considering how much money Big Pharma stands to save with these two bills, it’s just a penny in their pocket.

These corporations will be able to steal from and poison the American people, without consequence, if H.R. 985 and H.R. 1215 pass into law as they currently stand.

If these bills pass, it will be even harder to hold Big Pharma responsible.  As a result, if you want to be able to hold corporate criminals responsible for hurting and murdering people to email, call, tweet, or otherwise reach out to every member of the U.S. House Judiciary Committee, and tell them to oppose both H.R. 985 and H.R. 1215. The coroporatocracy has the upper-hand right now, but maybe democracy isn’t entirely dead. Please take a few moments to reach out to the U.S. House Judiciary Committee – thank you.

From: Living The Organic Dream