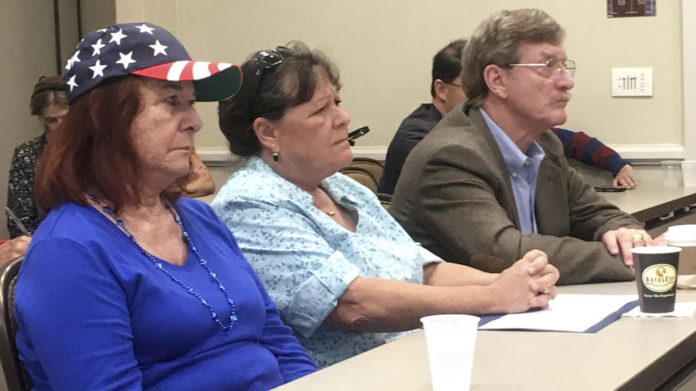 6 Parents are so ridiculously prejudice that they have decided to sue the San Diego school district, alleging that its anti-Islamophobia campaign favors Islam over other religions and grants special protections to Muslim students.

Charles LiMandri, an attorney for the parents, referred to the campaign as a “politically correct solution to a problem that does not exist.”

Of course LiMandri chooses to ignore the fact that the problem does exist in many areas around the country, and it also exists in the San Diego School District.

The Chicago Tribune reported the plan drew little attention when the board approved it 4-0 on April 4, with one member absent. Public comments from staff and community members were uniformly positive. Pushback gradually spread in conservative media and on social media, with many critics calling it an unwanted intrusion of Muslim beliefs and culture.

The San Diego Unified School District said Thursday that it does not comment on pending litigation but district officials have vigorously defended the plan in recent weeks, saying bullying of Muslim students was pervasive and vastly underreported. As criticism mounted, the district posted extensive explanations on its website, saying it wasn’t endorsing Islam and that its initiative responded to community concerns expressed last summer about the safety of Muslim students.

A letter outlining the plans was expected to be sent to staff and parents before the end of the school year.

Strangely, the lawsuit claims the school district is endorsing Islam, even though they are clearly not doing that.

The lawsuit, filed Tuesday in federal court, says the policy violates the U.S. Constitution by endorsing a religion. It asks a judge to immediately halt the policy while the merits of the claim are considered.

LiMandri is willing to discuss settlements, and an attorney for the school district appeared open to reconsidering its partnership with CAIR.

“No one is saying we have to have expensive, protracted litigation,” LiMandri said at a news conference Thursday. “There can be a more commonsense approach to this where all students can be protected and no students are being favored to the disadvantage of anyone else.”

Hanif Mohebi, executive director of the CAIR San Diego chapter, said the lawsuit “seems to be an attempt to have the courts enforce growing Islamophobia in our state and nation, and to strip away much-needed protection for Muslim students who face increasing bullying.”

These entitled people are tying to perpetuate the bullying problem against Muslims, while the school is trying to stop the bullying before it turns into even bigger problems.

Black Texas Student Given ‘Most Likely to Blend in with White People’ Award From...