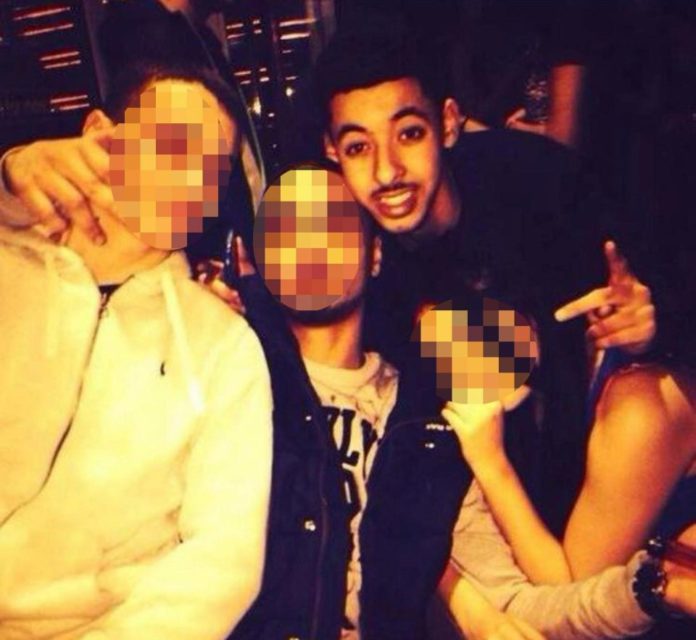 The one allegedly responsible for last week’s Manchester bombing has been linked to a Libyan terror group aided in the past by British intelligence. Interestingly, this fact has been largely ignored by mainstream media, despite the constant coverage of the worst terrorist attack to hit the United Kingdom since 2005.

MSM is neglecting to report on several key coincidences that have raised concerns, particularly regarding links between British intelligence and the alleged suicide bomber, British-born Salman Abedi.

Media reports have told us Abedi, a Libyan national, was radicalized in the hotbed of radical extremism that Libya has become since the U.S.-NATO backed invasion that ousted Libyan leader Muammar Gaddafi.

Whitney Webb of Mint Press News reported that although most mainstream accounts don’t mention the UK’s role in destabilizing and overthrowing the Libyan government in 2011 – that is, causing Libya’s current state of chaos by arming right-wing rebels who now make up al-Qaeda and ISIS – several have mentioned Abedi’s father was a member of LIFG, the Libyan Islamic Fighting Group.

When the Western-orchestrated uprising began in 2011, Abedi and his father, Ramadan Abedi, returned to Libya to fight on behalf of the LIFG. As the West sought to overthrow Gaddafi, British intelligence agency MI5 established a “rat line” that sent anti-Gaddafi exiles living in England to the front lines in Tripoli and elsewhere.

As reported by Middle East Eye, MI5 utilized an “open door” policy that allowed Libyan exiles and British-Libyan citizens to freely travel to Libya to help topple Gaddafi, even though some had been subject to counter-terrorism control orders. One British citizen with ties to Libya was under house arrest at the time for suspected ties to extremist groups. However, he was allowed to travel to Libya with no questions asked.

MI5’s ties to the LIFG go back decades. One MI5 whistleblower asserted that the UK covertly funded the LIFG, which at the time was an al-Qaeda affiliate, in order to help them carry out a failed assassination attempt targeting Gaddafi.

In addition, the Telegraph reported that “A group of Gaddafi dissidents, who were members of the outlawed Libyan Islamic Fighting Group (LIFG), lived within close proximity to Abedi in Whalley Range” in Manchester. “Among them was Abd al-Baset Azzouz, a father of four from Manchester, who left Britain to run a terrorist network in Libya overseen by Ayman al-Zawahiri, Osama bin Laden’s successor as leader of al-Qaeda,” the report added.

This information suggests that the UK government knowingly and intentionally harbored al-Qaeda-linked terrorists within their borders, suggesting that the UK government’s private stance on al-Qaeda may be different than its public stance, as the ties between these men and the LIFG were hardly a secret. 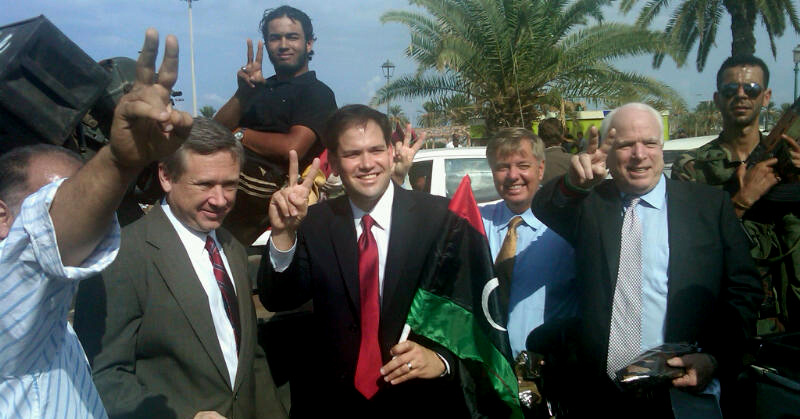 If true, the UK government would not be alone in its attempts to legitimize the LIFG. In 2011, U.S. Senator and notorious war hawk John McCain met with the group and later asserted that they were not terrorists, but “patriots.” The U.S. government further cemented this perspective in 2015, when it removed the LIFG from its list of designated terror organizations.

In addition, Abedi had been reported to British authorities years ago, when he allegedly expressed support for suicide bombings. The authorities took no action. In fact, the British government allowed him to travel to Libya even after he was flagged as a potential terrorist.

Home Secretary Amber Rudd admits the Manchester bomber was a known terrorist & was still allowed to go to Libya https://t.co/I9mFHsWkQb

Max Blumenthal asked in an article for Alternet: “What did the British government know about Abedi and when did it know it? Was British intelligence attempting to groom Abedi as an informant?”

Such actions on behalf of British intelligence are hardly unheard of. Indeed, MI5 had tried the same with Mohammed Emwazi, better known as the Daesh member “Jihadi John.” MI5 hounded Emwazi for nearly four years in their attempts to recruit him as a spy, threatening him with harsh punishment if he refused to collaborate. Upon leaving the UK in 2013, Emwazi said he blamed MI5 for driving him to “the brink of madness.”

Listen to a troubled Emwazi describe an encounter with MI5 years prior to joining Daesh:

Other documents released by the human rights group Cage UK have revealed how MI5 has not only groomed extremists as collaborators but also worked to push young, vulnerable men down the path of extremism. These facts suggest that Abedi may have been just another one of their projects.

The Lone TV Anchor in America Telling the Truth About Pizzagate – Anti Media...