Home News 11-Year-Old Girl ‘Forced To Marry Her Rapist’ From Church In Florida –... 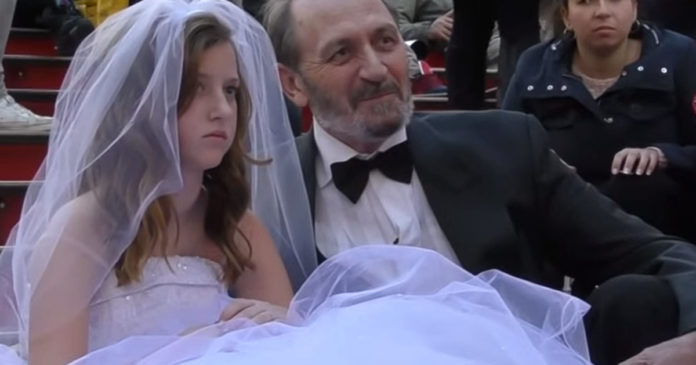 On Friday, the New York Times published the heartbreaking story of Sherry Johnson.

Johnson was raped by a 20-year-old member of her church and became pregnant in Florida and learned very quickly that Christianity can be very cruel to its adherents.

“It was forced on me,” she told the Times. See, authorities had begun sniffing around because she was pregnant with a 20-year-old’s child, so church official made the decision that the best way to avoid embarrassment was to marry her off to her rapist.

Unfortunately, her parents were just devout enough to go along with this horrible plan:

My mom asked me if I wanted to get married, and I said, ‘I don’t know, what is marriage, how do I act like a wife?’” Johnson remembers today, many years later. “She said, ‘Well, I guess you’re just going to get married.’”

So she was. A government clerk in Tampa, Fla., refused to marry an 11-year-old, even though this was legal in the state, so the wedding party went to nearby Pinellas County, where the clerk issued a marriage license. The license (which I’ve examined) lists her birth date, so officials were aware of her age.

Johnson was raped by both a minister and a parishioner, and the judge approved the marriage to the rapist who caused her to give birth at the age of 10 so that the investigation would end.

“What we want is for you to get married,” the judge told her.

“It was a terrible life,” Johnson says, noting that she missed school and spent her time changing diapers for what would eventually be nine children. Her husband would occasionally disappear and leave her to deal with everything.

“They took the handcuffs from handcuffing him,” she says.

How can this happen? Because it’s perfectly legal. In most states, it is perfectly legal for a man to marry a child. While some have at least passed laws limiting the age to 16 or 17 and above, most have no limit whatsoever. 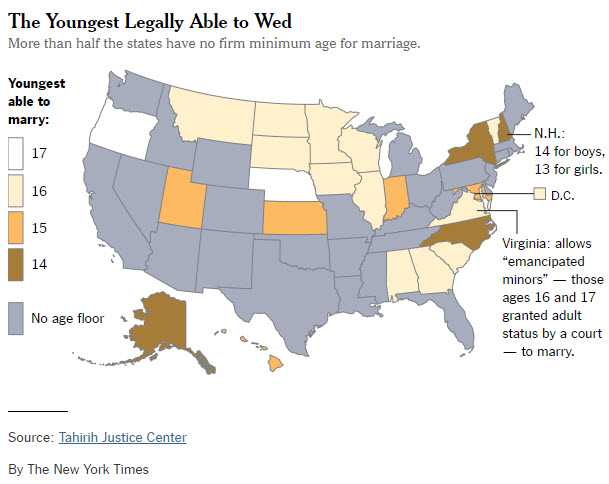 But Republicans are oddly resistant to progress. New Jersey lawmakers overwhelmingly passed a bill that would raise the age to 18, for instance. the bill made it to Gov. Chris Christie’s desk, but he vetoed it in the name of “religious freedom.”

Child marriage, which the United States condemned in other countries as a “human rights abuse that contributes to economic hardship” in a State Department document last year, is a practice that must end.