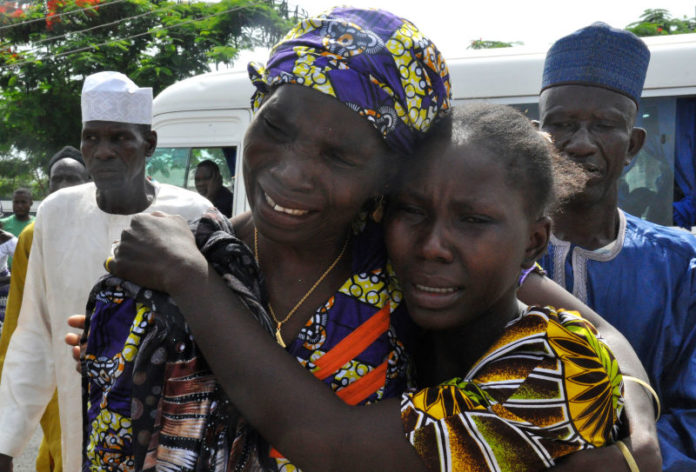 The attacks reportedly happened last Sunday and Wednesday in the villages of Kaya and a Borno community near Gumsri, thecable.ng reports.

“People did not hear about the killings because the village is not accessible. It is located inside the bush,” Chibok resident Chibok Hassan told The Cable.

“There is no single soul remaining [in Kaya] … The Boko Haram members came in the evening with their motorcycles, bicycles and started firing at everyone in sight,” Hassan said. “They burnt many houses. Those who were fortunate ran away, but those who couldn’t escape were attacked. All the villagers have moved out of the village.”

Two days after the attack on Kaya, “attackers returned to a village close to Gumsri, a Borno community, where 14 persons were allegedly killed,” the Cable reports.

Villagers from Kaya and Gumsri fled to Chibok, where tension and fear are running high.

“To us here in Chibok, we are living in fear because that it is the only place that has been like a roadblock to them coming to us. Some people that cannot withstand the situation are even moving to Maiduguri which is safe for them,” Hassan said.

Military officials have not confirmed the terrorist attacks.

In addition to many heinous acts, Boko Haram—which means “Western education is forbidden”—is allegedly behind the kidnapping of more than 100 women and children and the murders of 35 people in a 2014 attack on Gumsri, the Telegraph reports.

It took more than four days for news of those terrorist attacks to be reported, and only then because villagers were able to escape to Maiduguri, the capital of Borno State.

As The Root previously reported, 82 of the Chibok girls kidnapped by Boko Haram were released last month, but 113 girls remain unaccounted for.

Boko Haram has been fighting to overthrow the Nigerian government since 2009.

During its eight-year war, the Islamist militant group has killed tens of thousands of people, displaced more than 2 million and created a massive humanitarian crisis in northeast Nigeria.

Read more at The Cable.

‘We Work 14 Hours A Day With No Break,’ Woman Finds Note From Chinese...