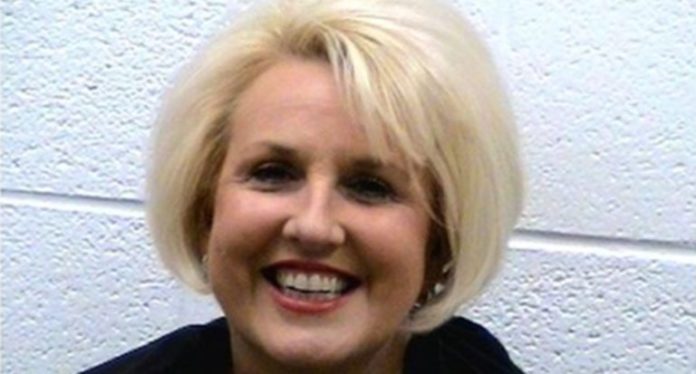 Brooke Covington, leader of the Word of Faith church in North Carolina is charged along with 5 of her parishioners for the 2013 assault and beating of a gay man to “expel his demons”. The defence is using the excuse that the beating was consentual- as their victim, Matthew Fenner, did not explicitly tell them to stop.

A North Carolina woman admitted in court in Friday that she led approximately 30 parishioners from her church to attack and beat a gay member of the church in an effort to “expel his demons,” Pink News is reporting.

Sarah Anderson is one of five members of the Word of Faith church in North Carolina who has been charged with assault on Matthew Fenner in 2013.

Speaking in court, Anderson said she believed Fenner was “unclean and sinful,” after the minister of the church, Brooke Covington, launched into a reported 2-hour long verbal assault on the man. The minister told Fenner that “God said there is something wrong in your life.”

In a testimony, Fenner said that Covington, who faces charges of kidnapping and assault, pointed out his sexual orientation during the attack which was intended to “expel his homosexual demons.” Fenner states that the church members blocked him from leaving the church, instead holding him against his will as he was berated, slapped and choked by fellow parishioners.

“The church also has some strict and downright bizarre rules for members. For instance, church leaders decide which congregants can marry or have children, and members are forbidden from watching television, going to movies, reading newspapers, or eating in restaurants that play music or serve alcohol.”

Fenner discloses that he did not express to his abusers that he wanted the beating to stop as he physically could not while being choked, as well as being  fearful that the abuse would worsen if he had spoken up.

“You can’t imagine the emotional toll this has taken on my life,” the 23-year-old Fenner explained, adding that he feared for his life during the attack.

According to reports, members of the non-denominational church have previously been a accused of being abusive to members.

Gay “conversion therapy” has proven to be harmful and ineffective to “treat” LGBTQ individuals and how they identify. Several states and jurisdiction have banned the practice, as Mr. Fenner is not alone to have endured such abuse.

It is the hope that his case will set precedent for others who have had to endure “conversion” to come forward, to reinforce to victims that they are not alone and that justice can be served to those who have abused them.