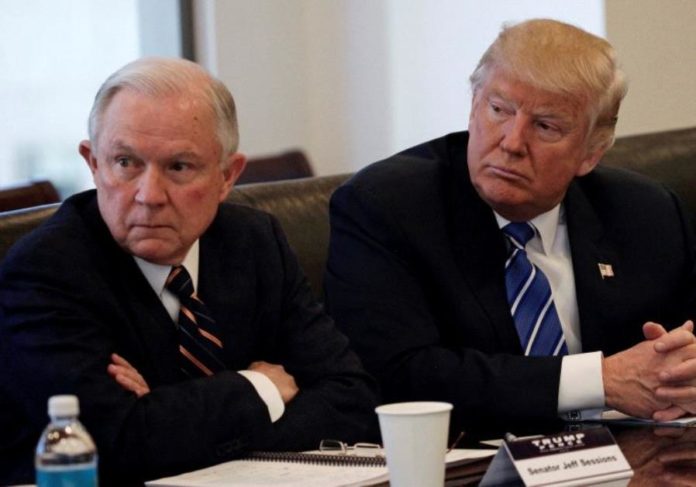 U.S. Attorney General Jeff Sessions has reportedly threatened to quit his job due to rising tensions with President Trump.

The friction between the two reportedly started after Sessions recused himself from anything related to the Russia investigation back in March, reported ABC News.

Trump only found out about the recusal shortly before the press conference where Sessions displayed his legal acrobatic skills as he simultaneously avoided admitting any guilt and distanced himself from the probe into Russian involvement in the 2016 presidential election. ABC News sources also said the recusal is one of the top disappointments of Trump’s presidency, and he still obsesses over it.

These sources also said Trump’s anger has not diminished, and he has lashed out at the attorney general repeatedly behind closed doors.

All of us have seen Trump’s Twitter rants about the Justice Department, furious them using their power to uphold the constitution and shoot down his unconstitutional, prejudice Muslim ban.

Sessions is  reportedly equally fed up with the president, so much so that he has offered to tender his resignation.

ABC asked Justice Department spokeswoman Sarah Isgur Flores about the matter, but she declined to comment on whether or not Sessions had offered to resign.

When asked if the president still has confidence in his attorney general, White House press secretary Sean Spicer said he had not discussed that topic with the president.

We don’t know for sure whether Sessions actually intends to resign, but we can hope he gets out of there and is replaced by someone better.  Although, it is hard to tell who Trump would put in his place.

House Republicans Just Voted To End Overtime Pay As We Know It – Anti...