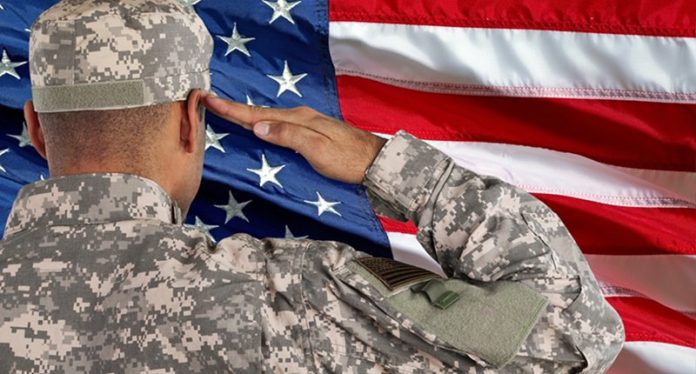 Many people will not be surprised by this analysis of the information that proves discrimination in the disciplinary practices of the US military.

Black service members are far more likely to face court-martial or other forms of military punishment than their white counterparts according to a study by Protect Our Defenders.

USA Today reported the advocacy group for victims of sexual assault in the military went through Pentagon data from 2006 to 2015 to compile its report.

A spokesperson for the Pentagon said that officials will look over the report, and he also claimed the DOD policy should provide a discrimination free environment.

“It is long-standing Department of Defense policy that service members must be afforded the opportunity to serve in an environment free from unlawful racial discrimination,” Johnny Michael, a Pentagon spokesman, said, according to USA Today. “The department will review any new information concerning implementation of and compliance with this policy.”

Military services did provide different sets of data to Protect Our Defenders, which makes comparisons between the branches of military more difficult. For example: the Air Force gave proceedings from court martial and nonjudicial punishment from 2006 to 2015, while the Marine Corps handed over information concerning guilty findings for court martial and nonjudicial punishment for the same time period.

Nonetheless, with the information provided, researchers discovered that the Marine Corps had some serious issues surrounding race, particularly in cases where the harshest penalties are an option. Black Marines were 2.6 times more likely than their white colleagues to get a guilty finding at a general court-martial, said USA Today.

The president of the advocacy group is concerned that the military has had this information for decades, but has chosen to ignore the data and continue its racist trend.

“From the findings of the study, race appears like it plays a big role, which is disheartening,” Don Christensen, president of Protect our Defenders and a former chief prosecutor for the Air Force, said. “It seems to have a sizable role in determining if somebody’s going to go to court or receive nonjudicial punishment. I’m really not sure what exactly explains it, and that’s what is really troubling. The military has known about these numbers for decades and has done nothing about it.”

Christensen also mentioned the lack of diversity within the military as a possible reason that black troops see a disparity in justice. In 2016, 78% of military officers were white, while only 8% were black.

“If you look at the leadership of military, it skews very dramatically white and male, and you would imagine that the closer relationships will be with white male subordinates,” Christensen said. “Hence, they probably get the benefit of the doubt that the African-American males don’t.”