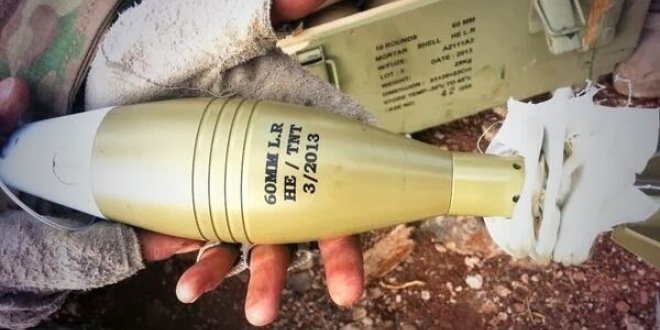 Not only has ISIS apologized for “accidentally” attacking Israeli forces in the past, now they have been caught with weapons from Israel.

Wahhab al-Tayee, a senior Iraqi legislator, said the Israeli military was training the “Islamic” terror group in the Sinai Peninsula for terrorist operations in Egypt.

Iran’s senior advisor to the Supreme Leader, Ali Akbar Velayati, said that ISIS was created by the West and Israel to follow their interests in the Middle East.

“ISIL has actually been created by the western colonial powers and the Zionists, because whatever this terrorist group does runs counter to Islam and the rules of all Islamic sects.”

US historian Webster Tarpley also shared the similar idea, stating that the United States created ISIS to use the jihadists as its secret army to destabilize the Middle East.

The Islamophobia and blind patriotism many people harbor will not allow them to consider this as an option, but the thought needs to be raised nonetheless. We know the vast majority of ISIS victims are Muslims, so it does not really make sense that they are actually an Islamic group that wants to destroy the west. If that was true, then we would see the vast majority of their attacks carried out in the US, Europe, and Israel,  but that is not what ISIS is doing, they are attacking mostly Muslims in Muslim majority countries.