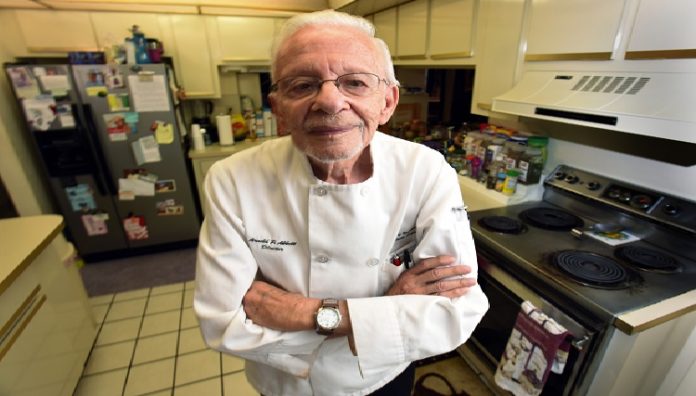 In 1991, Arnold Abbott created the Love Thy neighbor Fund in honor of his late wife, Maureen. The two use to feed the homeless together in Fort Lauderdale, and it was setup to continue this much needed work.

In spite of this noble cause, however, Arnold has been arrested on more than one occasion for violating laws in the United States which prohibit feeding the homeless in public.

ARNOLD ABBOTT REFUSES TO BACK DOWN

Arnold — who is now over 90 years old — is no stranger to activism.

After returning home from world war 2, he later got involved in the civil rights movement and has been involved in feeding the homeless of Florida for more than 2 decades now. So it comes as no surprise, that this young spirit, refuses to back down.

In the below interview with RT, he explained that, “I don’t have the slightest fear of being arrested. The only thing… I’m concerned about; is there will be nobody to feed the homeless outdoors — which is what I do — and what I intend to keep doing as long as there’s breath in my body.”

His foundation has fed more than 1,400 homeless people EVERY week since 1991!

Arnold is a remarkable human being. An excellent example of Humanity in action, and someone that should be made famous, because society needs positive role models, instead of idiotic idols.

Inspired by his uncompromising commitment to do what is right, I decided to make a meme to help spread awareness;

State Passes Massive Bill to Target and Track Bad Cops to Keep them Off...

Interactive Time-Lapse Map Shows How the U.S. Took More Than 1.5 Billion Acres From...

‘You Are My Slave’: Ga. Mom Furious After White Student Targets Son During School’s...