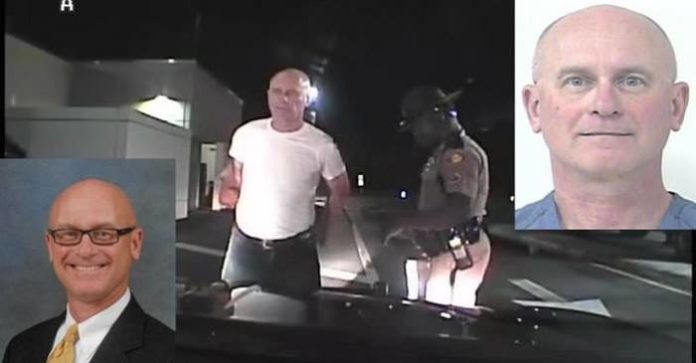 Tallahassee, FL — A Florida lawmaker caught driving drunk just a few months ago voted today to keep smoked medical cannabis illegal in the state. Cary Pigman, a Republican congressman representing the 55th District in Florida came out strongly against allowing smokable marijuana in the bill that passed today in response to voters’ decision last year to allow for medical marijuana.

The measure passed overwhelmingly in the election, and now lawmakers have hammered out the details. Among them is reportedly the prohibition on smoking marijuana, a form of treatment has been documented to help provide relief a wide range of illnesses and symptoms, including HIV-related complications, neuropathic pain, and chronic pain.

Nevertheless, the drunk-driving lawmaker, who was forced to give up his seat on a House subcommittee on health after he was found guilty, insisted smokable cannabis is a health risk. “Breathing in soot, breathing in ash, carries a definite detriment, which we didn’t want to extend to medical marijuana,” he said, apparently failing to see the irony considering the vast health hazards that come with alcohol, let alone the endangerment it brings others when getting behind the wheel intoxicated.

Regardless of the purported ban on smoking cannabis, other lawmakers say it will be allowed in other situations. According Rep. Evan Jenne, the ban only applies to smoking cannabis in public, as reported by local outlet WCTV. However, the Miami Herald reported late Friday that the bill banned smoking altogether.

According to the text of the bill, “medical marijuana” does not include “Possession, use, or administration of marijuana in a form for smoking, in the form of commercially produced food
items other than edibles, or of marijuana seeds or flower except for flower in a sealed, tamper-proof receptacle for  vaping.”

There still appears to be some confusion, as the Herald quotes a mother of a brain cancer patient who complained of the ban on using medicine in a public space. “No smoking is not what patients voted for,” said Moriah Barnhart of Brandon. “Not allowing this medicine to be used in a public place is extremely discriminatory. … We don’t choose when and where our kids cramp or seize.”

The legislation includes other questionable and restrictive components, adding only 10 new approved growers, bringing the state’s total to just 17 — though some advocates have still touted it as an improvement. Still, of those ten new growing licenses provided for in the bill, two will be granted to citrus growers in an effort to save jobs for that industry. WCTV reports that “medical marijuana activist Louis Rotundo says citrus growers aren’t necessarily the most qualified to grow the plant.”

As for the apparent ban on smoking, John Morgan, who worked to pass Amendment 2, vowed Wednesday to sue if language to allow for smoked cannabis was not included in the final version of the bill. “I will be suing the state to allow smoke. It was part of my amendment,” he wrote in a blog post. As the details become more clear following the bill’s passage, he may be gearing up for a lawsuit.

By: Carey Wedler  From: The Anti Media