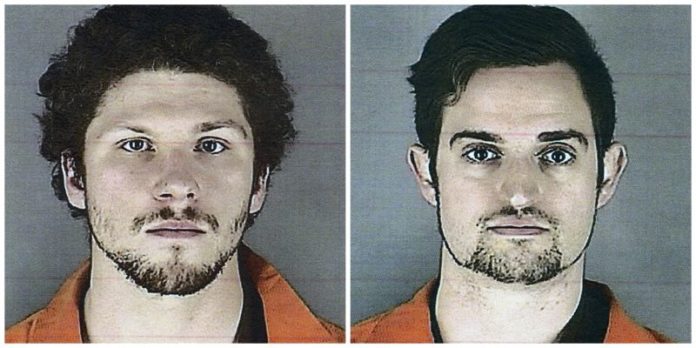 Two neo-Nazis who were with convicted shooter Allen Scarsella on Nov. 23, 2015, when he shot five Black Lives Matter activists during a protest over the killing of unarmed and handcuffed Jamar Clark, pleaded guilty Monday, and prosecutors say they will seek jail time for both. Scarsella has already been sentenced to 15 years in jail.

The Root relates the details of the shooting of the activists:

Protesters had formed an encampment outside the 4th Precinct following Clark’s death at the hands of police in 2015.

Scarsella, 24, and three friends went to the encampment to livestream as they trolled the protesters. Scarsella had done so previously with another friend a few days earlier when they wore masks and drove by protesters, hurling racial slurs at those gathered.

A video of Scarsella showed him holding up a gun and saying, “We’re locked and loaded. We’re going to make the fire rise.”

When they showed up to the encampment, protesters were immediately suspicious of them and asked them to remove their masks, but the men refused, and as they took off up the street, the protesters followed them.

Scarsella then took out his gun and fired eight shots at the group, hitting five people.

The Tribune said, “The Hennepin County attorney’s office says they will seek a jail sentence of six to eight months for Gustavsson, who was with Scarsella at the time of the shooting, along with up to 10 years of probation. They will ask for two years of probation and up to 90 days in jail for Backman, who went to the precinct that night but was not with them when Scarsella fired at the protesters. Both men are scheduled for sentencing July 19.”