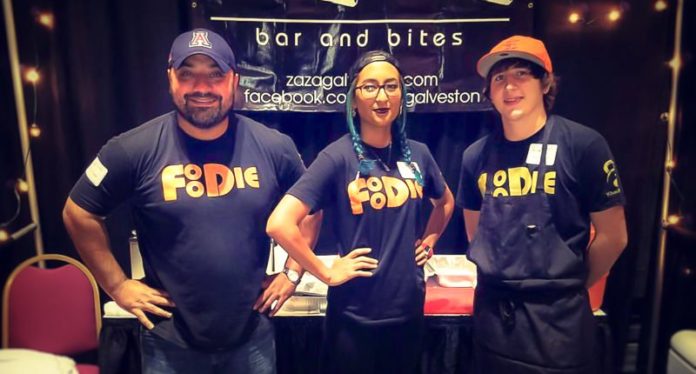 The owner of an Indian restaurant in Galveston, Texas announced this week he is closing his business after receiving months of anti-Muslim death threats.

Asad Khan said he was shuttering ZaZa Bar & Bites because in recent weeks the harassing calls and threats have escalated, reported The Houston Chronicle.

“I shut ZaZa down because of death threats towards me via phone calls,” Khan explained. “In the last seven weeks or so (the) calls become worse. I did not enjoy being called “sand ni**er” or people telling me that I will die in ZaZa.”

CAIR reported 2213 anti-Islam bias incidents in 2016, a 57% increase from 2015, in the US including hate crimes, harassment and discrimination.

Last year, Khan showed up to work to find his front door covered in bacon, a product which uneducated, racist people think scares Muslims.  When it comes to eating pigs, Muslims follow the same restriction listed in Deuteronomy 14 of the Bible-Do not eat them.

And although many in the community expressed support for ZaZa, Khan said the threats intensified after the bacon vandalism.

“I had seen on Facebook when ZaZa was ‘baconed’ last year that people down here believed that I was behind it. It really hurt me. There is no bankruptcy, none being filed,” he pointed out. “It’s easier to blame the victim than accept we have a problem.”

“I opened ZaZa (as) a happy little fun project; this was supposed to (be) fun and love. Never did I think that people in Galveston are so closed-minded,” Khan added. “People want me dead because of me being a Muslim. I am honestly sick to my stomach. And frankly, fearful.”

We have seen a massive increase in hate crimes against Muslims since Trump announced his campaign for president, and they have become worse since he became president. His racism and religious prejudice have encouraged others to be more openly prejudice, and this is the type of thing that will continue to be seen more frequently as the Trump presidency continues and as h continues to ignore the epidemic of anti-Muslim violence in the US.