Home News Kellyanne Conway Believes If She Was Killed Tomorrow, the Public Would “Explode... 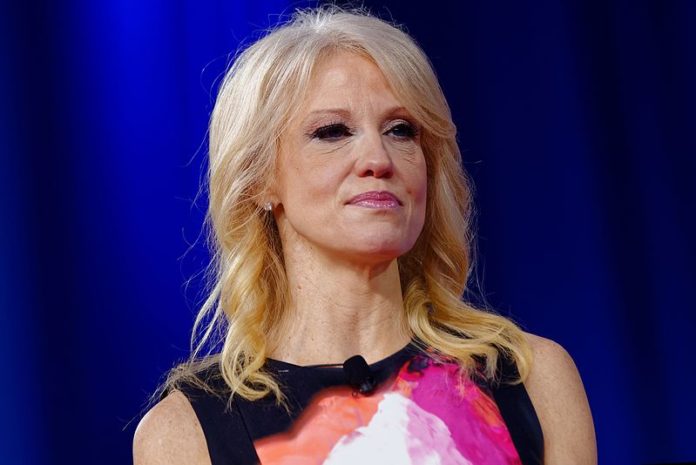 Kellanne Conway is at it again with her “alternative facts”. On Friday’s segment of  “Fox & Friends,” Kellyanne Conway voiced that there was insufficient media coverage the day GOP majority whip Steve Scalise and Rep. Roger Williams (R-TX) were shot and wounded while practicing for a congressional baseball game. Conway also blames the media and its “false” and unfavorable reporting of the Trump administration for enticing violence towards the GOP and its members.

Conway also blames the media and its “false” and unfavorable reporting of the Trump administration for enticing violence towards the GOP and its members (but not President’s Trump unfavorable policies). She even goes in so far to say that half of Twitter would revel in her demise should that occur.

The White House adviser believes the shootings of the two Republican congressman is a direct result of all the unfavorable reporting the Trump administration has been subjected to over it’s first few months. She also thinks her own vocal critics would probably cheer if she were killed.

“I went back and looked at exactly what was being discussed on all the TV shows, except yours, at 7:09 a.m. on Wednesday, when this happened, and it’s a really curious exercise, because as Steve Scalise was fighting for his life and crawling into right field in a trail of blood, you should go back and see what people were saying about the president and Republicans at that very moment,” Conway said. “Of course, they had to break in with the news of this tragedy, and since then there’s been some introspection — some quieter, more muted voices toning down the rhetoric.”

“But look at Twitter,” Conway continued. “If I was shot and killed tomorrow, half of Twitter would explode in applause and excitement — this is the world we live in now.”

While complaining that the Trump administration is getting either little or negative media exposure what Kellyanne fails to recognize, or declines to acknowledge is their own role in how they run their office creates public opinion. When during tragedies like Portland LRT slayings it takes them 3 days to even address the attack, why should the general public extend the same courtesy to them? Do you believe that Twitter and other social media outlets would cheer at her demise? Share your thoughts and discuss in the comments below.

Congratulations! You Survived The Rapture (Again)