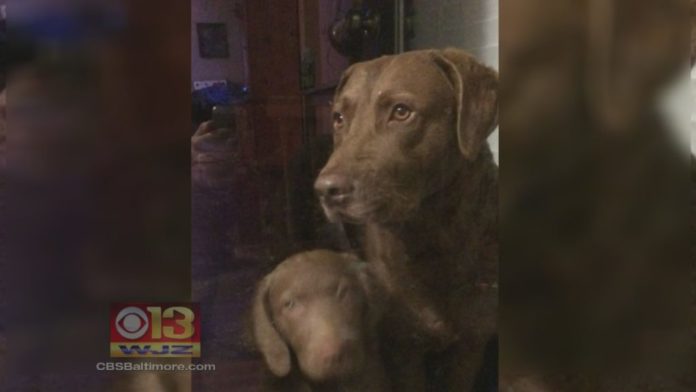 A jury awarded the largest settlement in US history for a police-dog shooting when they voted to give $1.26 million to a family whose dog was needlessly shot and killed by police in February 2014.

According to a press release from the Hansel Law firm in Baltimore, the three-day trial took place in the Circuit Court for Anne Arundel County, reported CBS Baltimore.

With a settlement like this, police are going to have to stop killing innocent animals.

“The verdict sends a strong message to the police about how community expectations, the duty to serve and protect extends to our animal family members as well. Shooting Vern was senseless, unnecessary and unconstitutional,” said counsel for the plaintiff, Cary J. Hansel.

Vern, who was 4-and-a-half, was shot by Anne Arundel County police officer Officer Rodney Price. Price claimed that he was attacked by Vern, a Chesapeake Bay Retriever, which also happens to be the Maryland State dog , at the Glen Burnie home of Vern’s owner, Michael Reeves, while he was looking into a neighborhood burglary, according to CBS.

The dog’s owner did not buy the cop’s story about shooting the dog out of necessity.

“He says ‘I’m really really sorry I just had to shoot him,’ and I’m like ‘you didn’t have to,’” said owner Mike Reeves.

The Reeves family understands there are ways to deal with creatures other than killing them.

“I mean you’re trained to use pepper spray, mace, a baton, there were so many things that I think could been avoided,” said another owner, Patrick Reeves.

The jury found that Price was not attacked by the dog, and that the shooting violated his owner’s constitutional rights, and was committed with gross negligence.

During the trial, the officer admitted that the dog did not bite or otherwise injure him before the shooting, the law firm says. The officer also said no other steps were taken to deal with the dog before the officer pulled his gun and fired it twice.

At the time of shooting, Price was placed on administrative duty, and police say he still works for the police force.

In court Vern’s autopsy revealed Price’s testimony over the events leading up to shooting the dog wasn’t exactly true.

Drones Are Delivering Drugs and Contraband Into California Prisons

Planting Drugs to Arrest Innocent People is Part of the Game — Cop Admits...