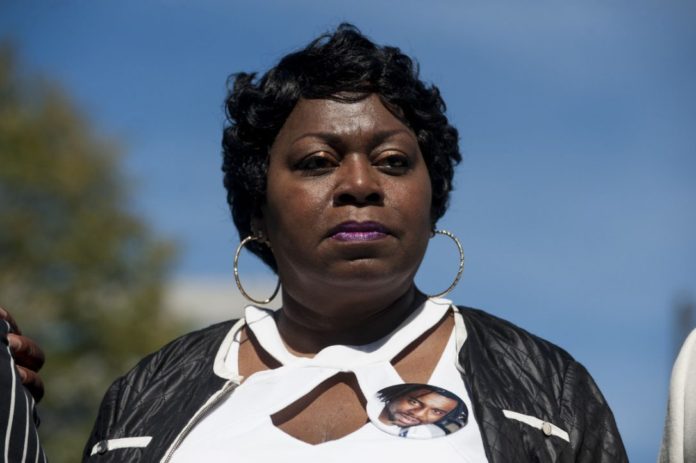 You know Malcolm X once said, “Stop singing and start swinging.” However, in light of the high profile homicides of black people in the past five years, we’ve done just the opposite. We’ve sang hymns and vowed to forgive those who’ve done transgressions against us. However Valarie Castile, Philando Castile’s mother, is doing something totally different. She’s taking everybody involved in letting off former officer Jeronimo Yates off for the murder of her son. Yates was cleared of all manslaughter charges against him on last week.

After the verdict was reached, Ms. Castile took to Facebook Live and said:

“I’m sure y’all seen this bullsh** that happened today. F*** what they talking about!. I’ve been holding myself, trying to be strong, and not say the wrong things because I already know how they get down. I’m 61 years old. I’ve seen it, I’ve smelled it, I’ve heard it. Now you see exactly what these motherf***ers think about us. They murdered my mother f***ing son with his seat belt on. So what does that say to you?”

I applaud Ms. Castile’s strength in speaking out against this injustice and my heart goes out to her. It’s a shame that these systematic inequities are common practice in this day and age. Black life being disregarded is basically an expectation.