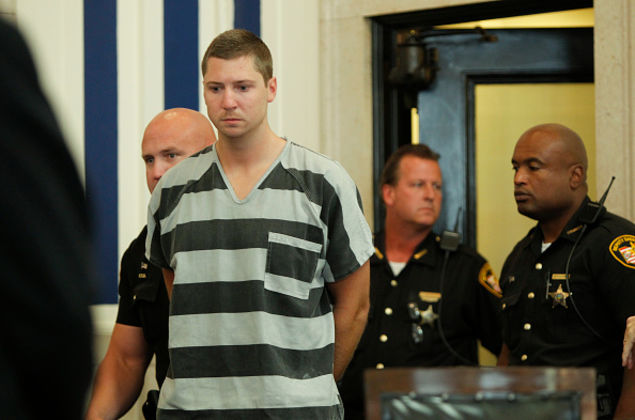 For the second time, jurors were unable to reach a unanimous verdict in the murder trial of Ray Tensing, the former University of Cincinnati police officer who shot Sam Dubose in the head during a traffic stop.

Jury deliberations began Monday after six days of testimony and one day of closing arguments from both the defense and the prosecution, WCPO reported.

The retrial basically was the same as the first trial and called the same experts and told the same stories and made the same arguments as in the first trial, which also ended the same way. There was one variation in Tensing’s story, where he claimed that Dubose had pinned his arm inside the car and then accelerated. This is why the officer claimed he feared for his life and had to shoot Dubose in self defense.

In 2015, a grand jury indicted Tensing on charges of murder and voluntary manslaughter. in November 2016, after 25 hours of deliberations, the jury, which consisted of 10 whites and two blacks, ended up deadlocked.

Jurors informed Judge Leslie Ghiz that they were deadlocked, but she insisted that they return to the jury room to deliberate further—however, nothing changed.

About 4 hours later, jurors declared that they were “evenly split” and unable to reach a verdict after nearly 30 hours of deliberations across a five-day period.

The Dubose family issued a statement and demands a retrial after this failure of the justice system to punish a murderer cop.

“The family commends the prosecutors for their strong presentation in this case but we are outraged that a second jury has now failed to convict Ray Tensing for the murder of our beloved Sam DuBose,” the family said in a statement distributed by their attorney, Al Gerhardstein. “We demand another retrial. We call on the community to join us in peaceful protest of this unjust result.”

In South Dakota, Officials Defied A Federal Judge And Took Indian Kids Away From...