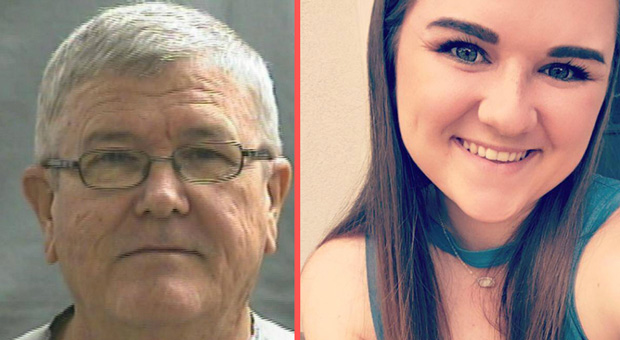 A recently released convicted pedophile has moved in next door to the victim that he raped as a child, whilst the law protects “his rights”.

The Oklahoma sex offender served more than 12 years in prison for sexually abusing his niece.

Due to Oklahoma law, there is nothing stopping a convicted rapist from living near to a victim, with it being completely legal to move in right next door.

Speaking to People, Danyelle Dyer, 21, says she was “extremely shocked” to learn her abusive uncle would be living just yards away upon his release from prison June 13.

“I was pretty outraged, but I have channeled that rage into a more positive outlet, which, for me, is sharing my story and empowering other victims of sexual assault,” Dyer says, adding her parents learned they had no legal recourse after researching state laws in the hopes of blocking the move.

“It was disheartening to learn the law is not on our side,” she says.

People reports: When Dyer was a little girl, her uncle, Harold English, sexually abused her. English, now 65, served more than a dozen years behind bars following his 2004 conviction on lewd molestation charges.

Upon his release, English moved into his mother’s home in Bristow, next door to where the victim has always resided.

“I was coming back from class and he was out mowing in my grandmother’s backyard, and it made me uneasy just being home,” Dyer tells PEOPLE. “I go to school in Edmond so I’m only home half the time, and I think twice before going home now. I have a very close family, so it’s hard for me to not constantly be with them.

”Only five states — including Alabama and Tennessee — place restrictions on how far an offender can live from his or her victim.

Lawmaker: ‘This is Unacceptable’

Dyer revealed the abuse through a Facebook post, just days after learning her abuser was her next-door neighbor. She hopes that by coming forward with her story, she can help other victims in similar predicaments.

To that end, Dye, and her family have been meeting with State Rep. Kyle Hilbert, who tells PEOPLE he is committed to introducing fresh legislation to bar offenders from living within a certain distance of their victims.

“I feel so terrible for Danyelle because every day, she comes home and she has to relive that nightmare over and over again,” Hilbert says. “This is unacceptable and should not be allowed in Oklahoma and frankly, anywhere in the United States.”

Current Oklahoma statute bars sex offenders from living within 1,000 feet of a school, playground, or daycare facility. However, updating that legislation might not be effective, says Hilbert, who represents a densely rural portion of the state.

“The problem is, in this area, 1,000 feet could actually still be your closest neighbor,” Hilbert explains. “I want to introduce language that goes further than that. Such a burden should not be placed on the victim.

”Hilbert says he is “incredibly proud” of Dyer for having the courage to take a public stand against her abuser, and believes her bravery will end up having an impact on the lives of victims throughout the state.

Oklahoma’s legislature only meets between February and May, meaning lawmakers won’t return to the capital until 2018. Hilbert says he has plenty to do between now and then and hopes to get the new bill in front of the state house as soon as possible.

For now, Hilbert says Dyer may be able to seek a “victim protective order” from a local judge, which would force English to find new living quarters. Dyer says she started pursuing such an order this week.

“She is supposed to protect me, she is supposed to take care of me,” Dyer says, “so for her to turn on me like this, she obviously doesn’t care about me.”PEOPLE was unable to reach English or his mother, and Dyer says she, too, has had no contact with them since June 13. She did write her grandmother a letter about the situation but did not get a reply.

On Friday afternoon, Dyer and others will take to the streets outside her home, to let her uncle know his presence is not wanted.

“We’re doing a peaceful protest rally at my house and we’re lining the streets with signs,” she tells PEOPLE. “If I can’t make him move, I want to make him as uncomfortable as possible.”