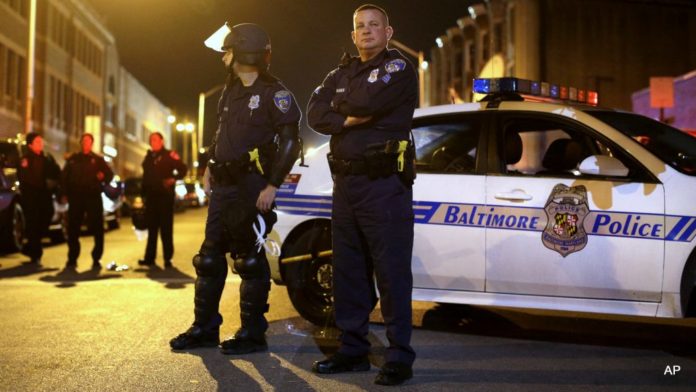 The Baltimore police department has a well documented history of problems, especially when it comes to violating the rights of poor and minority people, but now a controversial officer has also started skipping court dates.

The Baltimore police officer with a bad disciplinary record was served with a numerous subpoenas by prosecutors this week in an effort to compel him to appear in court after he retires. It is an unusual move that was likely done to get the controversial officer back in court to face further scrutiny over past allegations of misconduct.

Sergeant Joseph Donato received roughly 17 subpoenas from the State’s Attorney’s Office of Marilyn Mosby, related to a variety of drug and gun cases that remain open in which he was the arresting officer or a witness, reported AFRO.

The subpoenas have set up a probable battle between defense attorneys and the courts over the admissibility of internal complaints lodged against Donato. Lawyers for many defendants have argued his tarnished record as an officer should be allowed as evidence to challenge his testimony in court.

The Baltimore Sun reported in March that a group of defense attorneys won access to roughly 30 sustained complaints against Donato ranging from excessive force to false arrests lodged between 2007 and 2013. The order, by Circuit Court Judge John S. Nugent, paved the way for Donato to face questions about his record in open court which occurred later that month.

One of the defense attorneys, who led the fight for the release of the disciplinary records, said the veteran officer has skipped recent court dates, causing cases to be postponed.

“In one of my cases a prosecutor said they couldn’t find him,” Deborah K. Levi, a public defender told the AFRO.  “We were told they were unable to locate him.”

In a written statement provided to the AFRO, Caron Brace, spokesperson for Mosby, said prosecutors want to resolve a backlog of charges awaiting adjudication to ensure prosecutors can move forward with cases that have been lingering in court.

“We attempt to exhaust all options available to ensure the appearance of material witnesses in our pursuit of justice for the victims in Baltimore,” Brace stated,

The outcome of internal probes  are normally off limits to the public or defense attorneys due to the state privacy laws governing personnel records. Fortunately for the public, in Donato’s case judges have sided with defense attorneys who have argued his testimony is tainted. Indeed, court records reveal Donato has been sued in both federal and state court for a variety of cases of excessive force and false imprisonment.

Prosecutors have not yet released which cases are subject to the subpoenas.