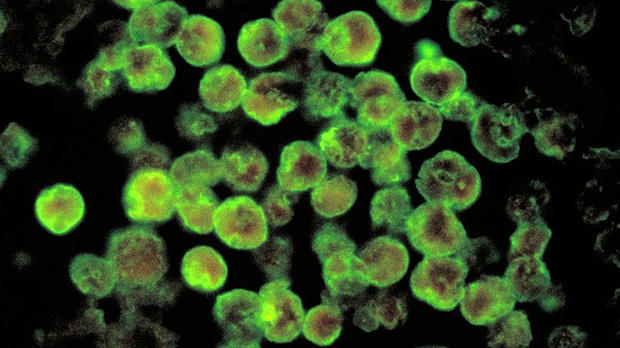 A deadly amoeba has been discovered in the Terrebonne Parish, LA water system. Officials claim the tap water is safe to drink, but they are cautioning people against getting it in their noses.

The Louisiana Department of Health notified the Schriever Water System and town officials Thursday after confirmed the amoeba’s presence. The amoeba, Naegleria fowleri, causes a brain infection that leads to the destruction of tissue. In its early stages, symptoms may be similar to bacterial meningitis, reported CBS News.

“We would caution the public to refrain from allowing water to enter their nasal passages,” Sobert said in a statement posted on the Parish government’s Facebook page. “The water is safe to drink.”

The health department asked the water system to convert its current disinfection method to the free chlorine method for 60 days to ensure that any remaining amoeba is eliminated. A chlorine burn involves boosting chlorine levels to kill the amoeba and bio-film, which can provide a place for the amoeba to live, according to CBS.

The state tests regularly for the ameoba, especially in the warmer months. The amoeba was found in a sample taken from a fire hydrant at the same location that tested positive for the amoeba two years ago.

The CDC had some recommendations for the safety of residents:

The Centers for Disease Control and Prevention says residents who use the water system should not let water go up the nose when bathing or swimming in small pools. In addition, people should not put their heads under bath water or allow children to play unsupervised with hoses or sprinklers.

Residents should run bath and shower taps and hoses for five minutes before use to flush out the pipes, especially the first time after the water utility raises the disinfectant level.

Residents should continue the precautions until testing no longer confirms the presence of the amoeba. The water system will notify residents when that occurs.

L.A. May Join Divestment Movement From Wells Fargo Following in the Footsteps of 5...

The FBI Letter Sent to Martin Luther King Telling Him to Kill Himself or...