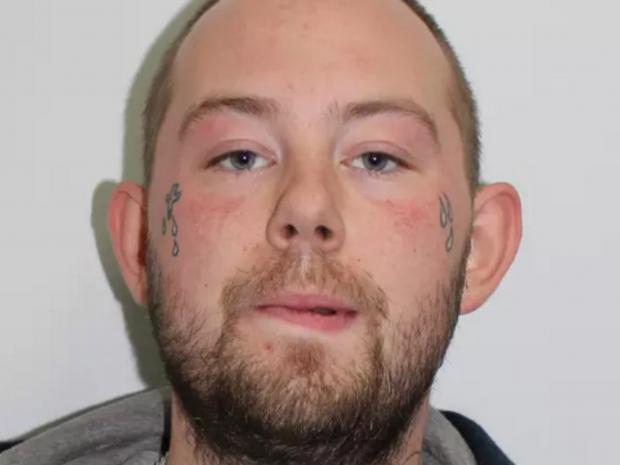 Police are looking for a suspect with face tattoos after two cousins were sprayed with acid, but mainstream media refuses to call the white Christian terrorist a terrorist.

Jameel Muhktar and Resham Khan were left with ‘life changing’ injuries at 9:15am last Wednesday as the pair were celebrating Resham’s 21st birthday.

Muhktar demanded to know why the assault is not being treated as terrorism.

“If this was an Asian guy like myself, going up to an English couple in a car and acid attacking them, I know for a fact and the whole country knows that it would be classed as a terror attack,” he said according to The Independent.

Muhktar continued, “It’s definitely a hate crime. I believe it’s something to do with Islamophobia. Maybe he’s got it in for Muslims because of the things that have been going on lately. I don’t know if people are trying to retaliate. We’re innocent people. We didn’t deserve that. I’ve never seen this guy in my life.”

John Tomlin, 24, is wanted for questioning and should not be approached by the public, the Met Police warned.

Jameel, 37, is said to be ‘unrecognisable’ following the attack and had surgery earlier this week to treat his horrific injuries.

Resham and Jameel had stopped at traffic lights when they were approached by a man who threw the toxic substance at Resham through the window.

The attacker then ran around the car to throw more acid at Jameel before fleeing the scene in Tollgate Road, Canning Town, east London. 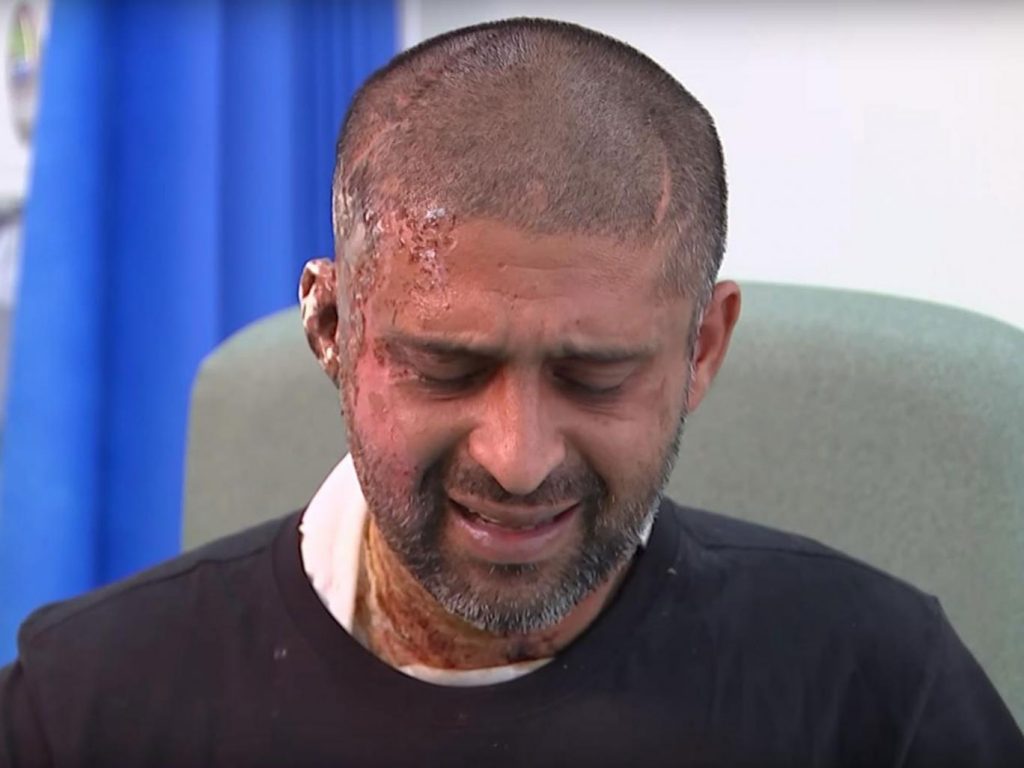 Tomlin is described as a stocky 6ft tall white man with face tattoos and is known to visit Canning Town.

Jameel was put in a medically induced coma for 2 days after the attack.

“He has really severe burns on his arms, back and chest. He was driving and his cousin was burnt very badly too,” said his mother.

“There is a lot more to be said than just the tweets, it goes a lot deeper. There were four other attacks in the area on the same day. My son is going to need years of care.”

Detective Superintendent Neil Matthews, said the attack was a ‘horrendous act of violence’ and warned he should not be approached.

He added: ‘I would like to reassure the public that our continued focus remains on finding the person responsible for this horrendous act of violence.

‘We will continue to progress these inquiries as quickly as humanly possible and fully understand concerns that they should be brought to justice quickly.

‘Anyone with information is urged to contact the Metropolitan Police or Crimestoppers if they have any information that may lead to an arrest or provide other information to assist our enquiries.

‘This male should not be approached; instead members of the public should dial 999 if seen.

‘Officers from Newham and the Met’s Territorial Support Group executed a warrant at an address in E16 on the afternoon of 21 June in connection with the incident.’

Police say there have been no arrests made and their inquiries continue.

A Facebook page appearing to belong to Tomlin, who has a partner and young daughter, contains posts using language linked to the far-right, reported The Independent.

“A sleeping lion can only be provoked so much before it wakes up and attacks…and so will us British,” reads one post shared in 2015.

“We will stand and we will fight. We will reclaim what is rightfully ours. We will not surrender.”

You can donate to the GoFundMe page here. So far over £44,000 has been raised for the victims.

$3.5 Million Settlement for Handcuffed Woman That Fell Out of Moving Police Car to...

The Cop Who Shot And Killed Philando Castile Was Just Acquitted – Anti Media...