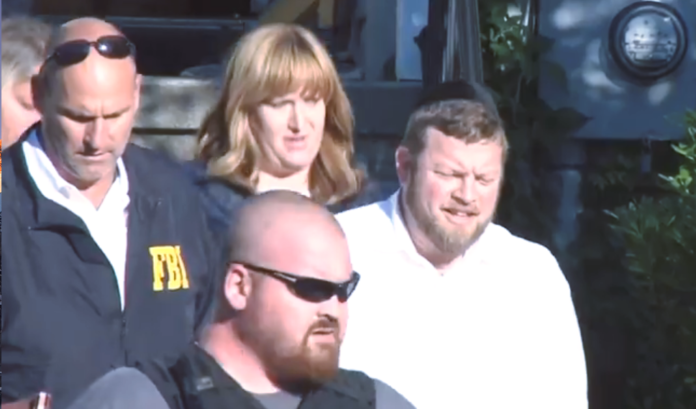 The perpetuated myth that the black welfare queen is stealing all the money from the system takes another hit with yet another story of white welfare fraud that’s climbed into millions and involved a religious figure!

I’m not for one second saying no black person commits welfare fraud but let’s be straight, this theft doesn’t run along racial lines and the stereotype absolutely needs to be broken.

So, in this case we see an entire community, Lakewood in New Jersey, with an advanced Welfare scam going on. Somewhere between $1.3m-$2m has been stolen according to lawsuits against 8-14 arrested people (not totally sure on the numbers as there seem to be at least two running parts to this story).

One of the most prominent arrests are of a Robbi and his wife whom have allegedly illegal claimed close to $600k in alleged public assistance fraud.

A prominent rabbi and several others were arrested in simultaneous federal and state raids Monday morning on charges related to alleged public assistance fraud on a scale rarely seen before in New Jersey.

Rabbi Zalmen Sorotzkin, who runs the synagogue Congregation Lutzk and businesses linked to the synagogue, was taken into custody Monday and is facing charges of theft by deception in Ocean County Superior Court.

Also arrested in the sting headed by the FBI, Ocean County Prosecutor’s Office and other agencies were Zalmen’s wife, Tzipporah Sorotzkin, and married couple Mordechai and Jocheved Breskin. The three also face state criminal charges, according to a source close to the case who spoke on the condition of anonymity because of the ongoing investigation.

In addition, four others were arrested Monday and were taken to Trenton to face federal charges in U.S. District Court. They are Mordechai Sorotzkin, brother of Zalmen, and his wife, Rachel Sorotzkin, and Shimon and Yocheved Nussbaum. View the map below for the locations of the homes raided or attempted to be raided Monday.

Authorities said this is just the first wave of raids in Lakewood and that there would be more arrests in the days and weeks ahead. The scale of the alleged public assistance fraud may well top several millions of dollars, authorities said.

“The investigation to date has found that government benefits fraud and income tax evasion in the Lakewood community is widespread,” said a source involved in the case, who spoke on the condition of anonymity because the investigation is ongoing.

The investigation found an alleged scheme that “rival the most sophisticated of financial frauds,” the source said.

It is alleged that all four couples made tens of thousands dollars more per year than they reported to the public assistance programs, a law enforcement source said.

“Financial assistance programs are designed to alleviate family hardships for those truly in need,” said Ocean County Prosecutor Joseph Coronato in a statement. “My office gave clear guidance and notice to the Lakewood community in 2015 of what is considered financial abuse of these programs.

“Those who choose to ignore those warnings by seeking to illegally profit on the backs of taxpayers will pay the punitive price of their actions.”

Watch a video of them being taken from their home below and read more here.

Sarah Palin urges Trump to pull US out of ‘globalist circus’ UN over Israel...

Cop Attacks Elderly Woman For Asking For A Warrant, Breaking Her Hip Causing Her...