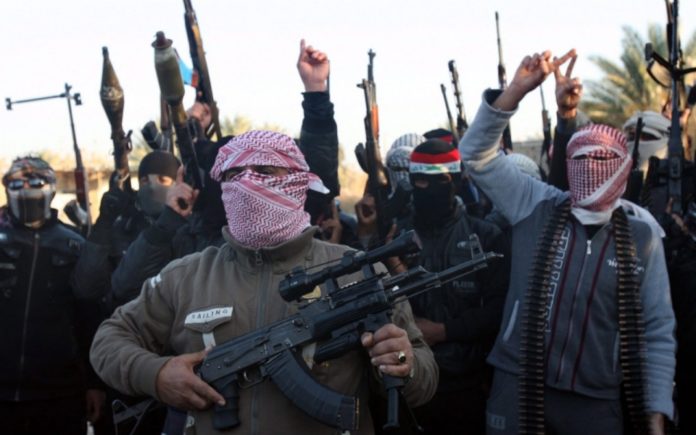 The Syrian branch of al-Qaeda changed its name to Hay’at Tahrir al-Sham (HTS), and is now officially removed from the U.S. and Canadian terror watchlists. So now, the U.S. and Canada  can donate money and weapons to the terrorists, and can even go fight with them against the Syrian government and spread their propaganda.

The terror group, formerly known as Jabhat al-Nusra or the al-Nusra Front, has operated as al-Qaeda’s branch in Syria long after Daesh (ISIS) renounced its allegiance to the group in 2014. It was first placed on the U.S. and Canadian terror watchlists in 2012.

Simply by changing its name to Hay’at Tahrir al-Sham (HTS), the group is no longer on terror watchlists in the U.S. or Canada, allowing citizens of those countries to donate money to the group, travel to fight with them and disseminate the group’s propaganda without incident.

In response, Nicole Thompson of the U.S. State Department told CBC News last Monday that while “we believe these actions are an al-Qaeda play to bring as much of the Syrian opposition under its operational control as possible, […] we are still studying the issue carefully.”

But the State Department is likely hesitant to label HTS a terror group, even despite the group’s link to al-Qaeda, as the U.S. government has directly funded and armed the Zenki brigade, a group that joined forces with al-Nusra under the HTS banner, with sophisticated weaponry, said MPN.

CBC reported, “For the U.S. to designate HTS now would mean acknowledging that it supplied sophisticated weapons, including TOW anti-tank missiles, to ‘terrorists,’ and draw attention to the fact that the U.S. continues to arm Islamist militias in Syria.”

This is just the latest attempt by al-Nusra to rebrand itself as a “moderate” group, as it has used its commitment to being “anti-ISIS” and “anti-Assad” in order to convince the U.S. and its allies to arm them. Al-Nusra has been described by mainstream media as a “moderate opposition” group fighting against the embattled government of Syrian President Bashar al-Assad.

MPN reported on the rebranding of the terrorist group:

The U.S. government has accepted the rebranding of al-Nusra in recent years. The U.S. effort to do so began in earnest when former Director of National Intelligence James Clapper stated in 2015 that “moderate rebels” were “anyone who is not affiliated with ISIL [Daesh, ISIS].”

Since then, al-Nusra’s top commanders have asserted that they have received U.S.-made weapons, such as TOW missiles and tanks, directly from foreign governments supported by the U.S. In a 2016 interview with the newspaper Koelner Stadt-Anzeiger, al-Nusra unit commander Abu Al Ezz stated that when al-Nusra was “besieged, we had officers from Turkey, Qatar, Saudi Arabia, Israel and America here…Experts in the use of satellites, rockets, reconnaissance and thermal security cameras.”

When asked specifically if US officers were present, Al Ezz replied: “The Americans are on our side.” This assertion has been bolstered by evidence that the U.S.-led coalition’s airstrikes in Syria intentionally avoided al-Nusra positions.

With al-Nusra now officially removed from Western terror watchlists, foreign governments that oppose the Assad regime are free to fund and arm al-Qaeda.

Traveler to Muslim Airline Employee, ‘Trump Is Here Now, He Will Get Rid of...

Black Man “Accidentally” Raped With a Police Baton According To Police – Anti Media...