Home Culture ‘Policing while Black’ is a Problem That Needs Not Be Ignored –... 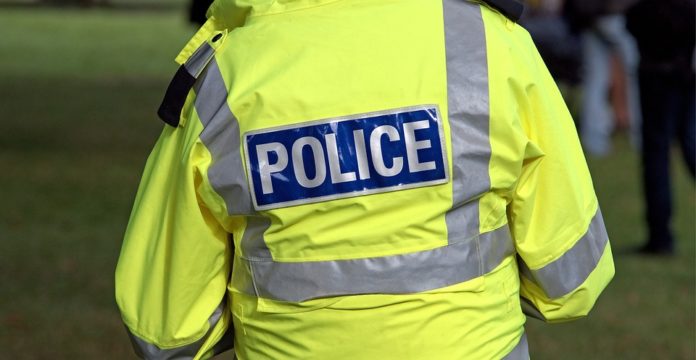 When we report on an incident involving a white officer shooting a black suspect, all too often the blame shifts to the victim- making assumptions that the victim should have complied with officers orders, and the responding officers had the right to use excessive of deadly force as they were in fear for their life. What then is the explanation for killer cop sympathizers when the alleged “suspect” and victim of overzealous policing is a black police officer? Does the “fear for one’s life” still apply here? What is important to ascertain is why exactly these officers feared for their lives? It is crystal clear that there is one determining factor- the systemic racism that prevails in law enforcement and the reinforcement that people of color, most likely blacks, are threats to be feared.  The opinion piece below by David A. Love writing for The Grio goes into depth about how “‘Policing while Black’ is a problem that needs not be ignored.”

When a Black police officer is shot by a white officer who mistakes him for a regular Black criminal rather than a cop, we are told this is “friendly fire.” Does that mean the bullet doesn’t hurt so much because it is friendly?

The absurdity of it all is exactly why we need to deal with internal racism in law enforcement.

The recent troubling incident in St. Louis is a case in point. A Black off-duty officer coming to the aid of his fellow cops was shot by one of them, a white officer who viewed him as a threat because he is Black. Seven cops are now on administrative leave as a result of the incident, until the department can sort out exactly what happened.

Yet, there is a distinct sense that we may very well know enough about what took place. The uniformed officers encountered the off-duty cop, who is 38 with 11 years on the force, and in possession of his department-issued firearm, according to the St. Louis Post-Dispatch. They ordered him on the ground, then ordered him to get up and walk toward them when one of the officers recognized him.

One of the officers just arriving on the scene—36 years old with eight years on the force, and “fearing for his safety”— shot the off-duty Black cop in the arm. Because Blue Lives Matter. The department tried to say the officer was wounded in the crossfire between police and armed suspects in connection with a car theft. But apparently, that isn’t how it went down. This, in a city that has been rocked by tensions in the community and people erupting in protest in the streets over police shootings of Black men in the last few years.

Where are those staunch “Blue Lives Matter” supporters when a black officer is shot, especially when that officer was coming to the aid of his fellow boys in blue? Unsurprisingly, the silence has been deafening. While this story is the latest in recent memory- it was not the first, and certainly not the last to come.

Certainly, this is by no means the first Black police officer to be bombarded by “friendly” white police bullets, stopped and searched, arrested, or otherwise criminalized for policing while Black.

In 1994 in a New York subway station, Officer Peter Del Debbio opened fire on Black undercover transit officer Desmond Robinson, hitting him four times, twice in the back, and wounding a woman civilian as well.

In 2005, Howard Morgan, a Black former Chicago cop was shot 28 times—21 in the back—during a traffic stop for driving the wrong way on a one-way street. A jury, believing Morgan had discharged his weapon, found him guilty of attempted murder and sent him to prison for 40 years before his sentence was commuted.

NYPD Officer Andrew Dunton, a white cop who killed his Black colleague Omar Edwards, 25, in 2009 after ordering him to drop his gun, not only faced no punishment, but was promoted to sergeant three years later. Because apparently only “White” Blue Lives Matter.

Then there is the story of the four Black parole officers who were held at gunpoint and detained by local police in Ramapo, NY while on official business. And let’s not forget the white plainclothes officers who were busted for ordering Chief Douglas Zeigler–a three-star chief, head of the Community Affairs Bureau and the highest ranking Black cop in the NYPD— out of his department-issued SUV with his ID around his neck. Because sometimes you mess with the wrong one.

And recently, a white NYPD sergeant Valentin Khazin filed a federal lawsuit claiming he is facing harsh treatment from the department for refusing to bully a Black cop who filed his own discrimination lawsuit against the highway patrol.

When off-duty, Black police officers face harassment and racial profiling from white officers and feel threatened. Racism on the force is a problem that affects Black cops, yet the prevailing white police officers’ narrative that attempts to silence community protest tends to overlook it. Influenced by the civil rights and Black Power movements, Black officers facing a climate of hostility and discrimination formed their own associations, because the majority organizations did not represent their interests.

This divide continues to this day, with the Fraternal Order of Police endorsing Trump for president, and proposing a curious wish list (pdf) that included reversing the federal ban on private prisons, ending the Bush-era ban on racial profiling, restricting federal aid to sanctuary cities, ending Deferred Action for Childhood Arrivals (DACA), and reversing Obama-era changes in U.S.-Cuba relations, “perhaps until such time as the cop-killers harbored there [a thinly veiled reference to Assata Shakur] are returned to the U.S.” The FOP also recommended that Trump scrap the recommendations made by the President’s Task Force on 21st Century Policing (pdf) under Obama, designed to “identify best policing practices and offer recommendations on how those practices can promote effective crime reduction while building public trust.”

Black people have been monitored and regulated since the days when the slave patrols, the nation’s first police force, roamed the plantation. And bad habits are hard to break. So it should surprise you not that the racism of law enforcement culture is visited upon Black police officers. An off-duty Black cop out of uniform looks just like any other Black civilian. Unfortunately, in the eyes of some of their fellow officers, this means they in tandem look like criminals, which is how more Black victims are created.

What the future holds for black officers remains to be seen. However, with the resurgence of racial profiling under President Trump, along with the legitimization of bigoted white supremacist views, America seems to be regressing from any progress made over the last few years in regards to improved race relations. If black officers are not safe when not only abiding by they law but are serving for the law- how much confidence should civilians of color be expected to have in the systems of law that are seemingly out for their destruction?