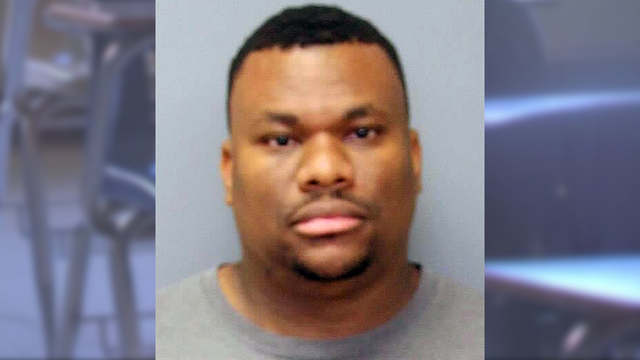 A Charles County, MD former school aide and track coach is facing multiple charges after being accused of molesting at least 7 male students.

Carlos Bell, 30, told investigators that he was HIV-positive and evidence was recovered to confirm his status. He was arrested on Friday on two counts of assault and three charges of producing child pornography, with more charges expected as the investigation continues, reported WUSA 9.

Investigators believe that Bell sexually abused at least seven male students on school property, at his home and possibly at other locations. They are asking anyone whose child may have been in contact with Bell to speak with their kids. If anyone has concerns about their children related to this case, then please call 1-800-CALL-FBI.

The investigation into Bell’s alleged actions began in December when a high school student’s parent became concerned about “electronic messages” from Bell to her child. Bell was then an instructional assistant at the Benjamin Stoddert Middle School and was also the head indoor track coach at La Plata High School. He was immediately removed from the school and barred from coaching, with Charles County Public Schools saying that he hasn’t worked in any school building since Dec. 22, 2016.

“Student safety is job one, and clearly we have work to do to determine where we fell short in this instance, and how we can ensure that this will never happen again,” CCPS superintendent Kimberly Hill said in an emailed statement, according to the news station. “Our immediate attention will be focused on providing support to any students that may have been affected by Mr. Bell’s actions.”

Detectives searched Bell’s work computer and did not find anything, but when they searched his home computer, they found data linking him to the production of child pornography. Charles County Sheriff Troy D. Berry said that “some of the evidence includes graphic images of Bell sexually assaulting victims.”

Four of the alleged victims have been identified, and two have since been tested. Neither have tested positive. Investigators are expecting the other two victims to be tested, and are also trying to notify the other three.

Bell is currently being held at the Charles County Detention Center with no bond.

No Punishment for Florida Cop Accused of Telling Teen to Strip Naked or Be...

Family Of 15 Year-Old Virginia Boy Fatally Shot By Police Says His Killing Was...