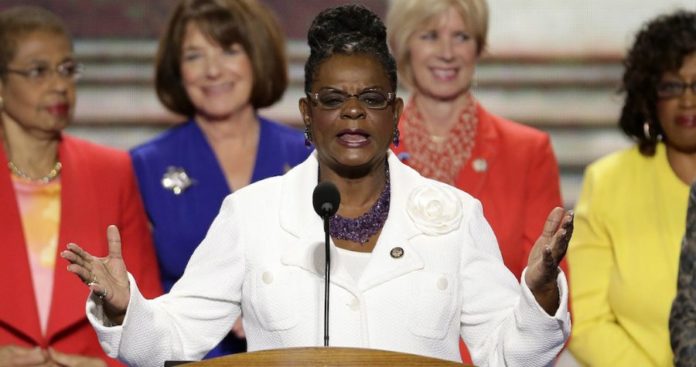 One Congresswoman is working hard toward promoting equality in a unique way. I love the way Rep. Gwen Moore (D-WI) thinks!

It’s safe to say that most Americans are tired of the current Republican administration. From the executive orders the current president is continuously signing to their relentless efforts of trying to undo everything the United States’ first black President accomplished during his time in office.

One thing Rep. Gwen Moore is sick of, is the Republicans threatening to administer drug tests to welfare recipients. Why do Republicans automatically assume poor Americans must be drug addicts, looking for hand outs?

The final straw was when Republican House Speaker Paul Ryan decided to give a speech on the nation’s poverty programs in front of a drug rehab facility. Moore herself was once on welfare and understands that the stereotype the Republican party is creating about welfare recipients is unfair and bias.

When discussing drug abuse, “There are no boundaries with regard to class or race,” Moore said. “If these poor people who are entitled to SNAP for survival are required to be drug tested, then certainly those people who claim $150,000 or more in tax deductions should be subjected to the same in order to receive this benefit from the government.”

She is very serious and wants to “engage the wealthy in this poverty debate,” she said. “I would love to see some hedge fund manager on Wall Street who might be sniffing a little cocaine here and there to stay awake realize that he can’t get his $150,000 worth of deductions unless he submits to a drug test.”

I support her efforts and hope we can get this ball rolling soon.