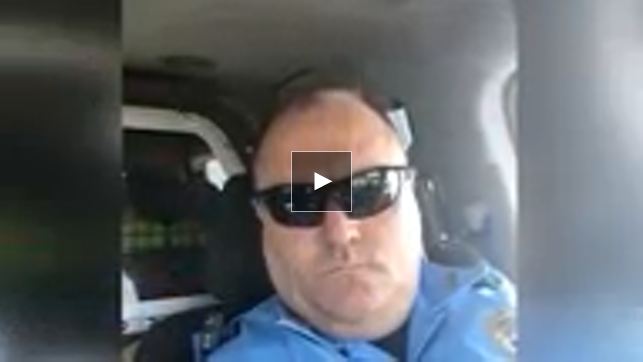 TEXAS CITY, Texas (KTRK) —
A former Texas City police officer is accused of taking money from a dying man during a call for assistance.

That officer resigned from the force earlier this year and is now facing criminal charges. The victim’s family is suing the city.

The allegations date back to December of last year. The family claims the officer in question responded to a call of a driver in trouble but during that call, the officer allegedly took more than $2,000 off the person who would later die and it was all apparently caught on the officer’s body camera.

Texas City Police told Eyewitness News one of their own, former officer Linnard Crouch, is now facing criminal charges of theft and possession of a controlled substance.

According to the Texas City police chief in December of 2016, the department got a citizen’s complaint accusing the former officer of theft.

An internal affairs investigation resulted in criminal charges that are now pending against Crouch.

The family of James Mabe said the former officer pocketed money given to the 74-year-old victim to buy Christmas gifts.

In her lawsuit against the officer and Texas City, the widow’s complaint states: “After opening James’ locked truck door, officer Crouch then reached into James’ right front pocket and removed James’ $2,400 in Christmas present money and other money. Crouch never reported the $2,400 and other money instead gave back less than $300.”

The family claims the whole thing was captured on the former officer’s body camera. They plan to have a news conference about this later today.

The criminal case against the former officer is now referred to the Galveston County grand jury.

WATCH: Racist Threatens To ‘beat the sh*t’ Out Of Latino Teens For Speaking Spanish

White Man Shoots At Police, They Shot Him With Bean Bags, Then Arrest Him...