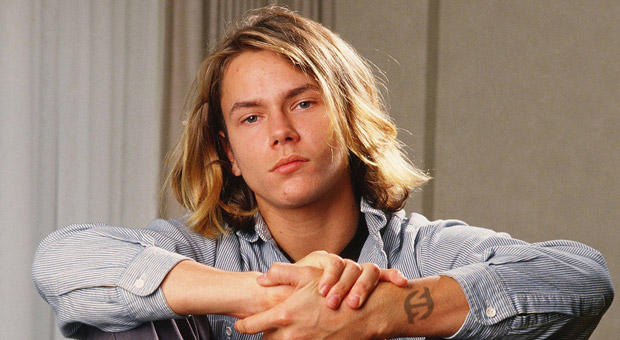 The late actor River Phoenix attempted to reveal details of an Elite pedophile cult before his premature death in 1993 aged just 23 years old.

The former child star revealed in an interview shortly before he died that he grew up in a pedophilia cult and “lost his virginity” at age 4.

The Children of God sect used a method of evangelism called “flirty fishing” in which the leader, David Berg, would offer up children for sex to “attract rich disciples through sex”.

The child abusing cult attracted wealthy and high-powered Elites who wanted to “show God’s love and mercy” by raping children.

The California-based cult, previously called Teens for Christ, “served up children” to be sexually abused by some of Hollywood’s most influential players, along with some of the most powerful people in America including politicians and high-ranking clergy members.

It was River’s family’s escape from this pedophile ring that prompted the change of their name to Phoenix to represent being given a fresh start in life.

In an interview with Details magazine in November 1991, Phoenix stated he was first raped at age four while in the Children of God, “but I’ve blocked it out.

“PGL reports: According to sociologist David Van Zandt, the Children of God encouraged sex among its underage members. Rainbow Phoenix, River’s sister, told Life in August 1987 about life in the cult: “We used to sing and hand out pamphlets,” she said. “But after two years in Venezuela, the family wanted out of the cult.” Arlene Phoenix, River’s mother, complained, “the guy running it got crazy. He sought to attract rich disciples through sex.”

River Phoenix claimed to have lost his virginity at the age of 4, while in the cult, and also revealed he was having sex with other children until the age of 10.

River Phoenix violated the cult’s rules of secrecy by talking about his early sexuality with the public. Two years later he was poisoned with a drug overdose.

But River isn’t the only famous celebrity who was involved. Actress Rose McGowan also revealed she was in this cult and had this to say: “I remember watching how the cult’s men were with the women, and at a very early age I decided I did not want to be like those women. They were basically there to serve the men sexually.”

McGowan then went on to say she and her relatives left the cult after it began to advocate sex between children and adults.

“I was not molested because my dad was strong enough to realise that this hippie love had gone south,” she says.

“There’s a trail of some very damaged children that were in this group.”

“As strong as I’ve always been, I’m sure I could have been broken. I know I got out by the skin of my teeth.”

A couple of women named Celeste and Kristina Jones even went on to write a best-selling autobiography, titled Not Without My Sister, that detailed child sex abuse that they experienced in the Children of God.

The death of River Phoenix coincided with widespread investigations of THE FAMILY (The new name of The Children of God)  across Latin America.
Was River planning to reveal more about the cult during these investigations? Or maybe the cult was afraid that the media would go to River for further questioning of the cult since it was a hot topic at the time, and since they knew River had talked about it before.

The last thing the Children of God would want is a popular film star adding, even more, notoriety to the cult.

D.C. Cop Under Investigation For Wearing a White Power Shirt While On The Job...

A Shadowy Corporate Lobby May Be Quietly Trying To Ban Protesting Across The U.S....