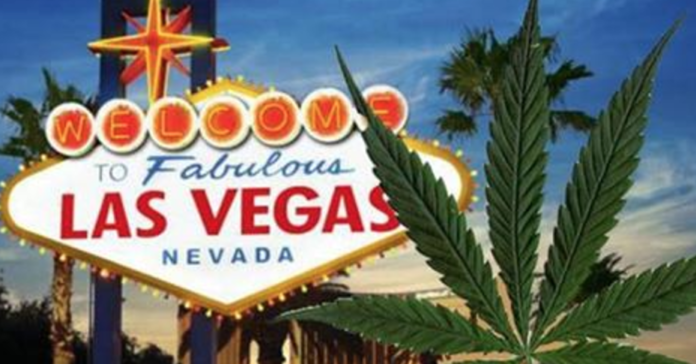 On Thursday, Nevada took action and approved an emergency regulation in an attempt to solve the self-inflicted marijuana shortage. They have decided to expand who is allowed to transport the plant from cultivation facilities to retail dispensaries.

The Nevada Tax Commission voted unanimously in favor of the regulation two weeks after the state began allowing the sale of recreational marijuana and supply problems quickly arose because nobody had been licensed to transport it, reported The LA Times.

The referendum passed last year by Nevada voters legalizing the drug for recreational use stipulated that for the first 18 months of sales only liquor wholesalers would be allowed to apply to distribute marijuana. This is of course ridiculous because marijuana is a major competitor of alcohol and the alcohol industry’s best interest is not to transport the plant.

As expected, few alcohol distributors actually applied to help their competition, and none had been approved as of Tuesday. One was approved Wednesday, and another Thursday. When sales began July 1, retail shops — all of which were already selling marijuana for medical use — had to rely on their existing stocks, which soon ran low.

Nevada brought this problem on themselves as they chose to reject the proven working models already in existence. Colorado, Oregon, Washington and Alaska allow the dispensaries to transport marijuana themselves.

In California, where voters passed a similar measure in November, residents can legally possess and buy recreational pot, but the state has until 2018 to begin issuing licenses to sellers and distributors, said The Times.

Nevada has licensed about 100 marijuana growers, enough to supply the dispensaries as long as there is a legal way to transport it.

Dispensary owners testified at the hearing that they already have the experience and equipment to handle wholesale distribution of marijuana.

Kevin Benson, a lawyer representing the Independent Alcohol Distributors of Nevada, puts the blame where it belongs. The system was set up to fail.

Benson blamed the department for the broken supply chain, saying it had set up a cumbersome process and a time frame too short to meet rigorous licensing requirements while also getting approval to set up storage sites from local governments, noted The Times.

“This emergency is really of the department’s own making,” he said. “If the department had reached out to the alcohol distributors early on, we could’ve resolved these issues.”

The system was definitely set up in a broken and illogical way, but this emergency regulation is a step in the right direction for the state that has chosen to ignore proven, functional systems.