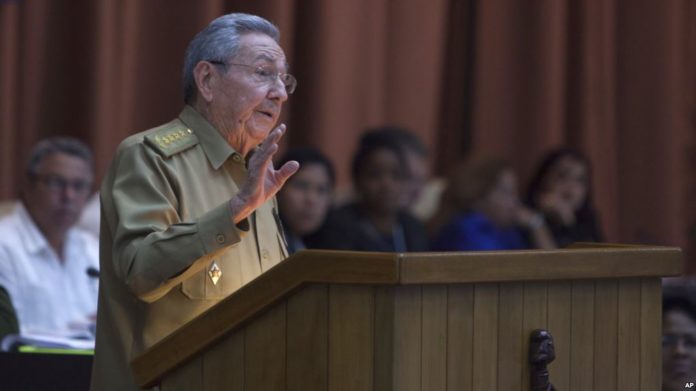 In his first public response to Trump’s new Cuba policy, Castro told the national assembly that any attempt to topple the revolution would fail, as it had under 11 previous U.S. presidents.

“We reject the manipulation of the topic of human rights against Cuba, that can be proud of much in this area, and does not need to receive lessons from the United States nor anyone,” Castro was quoted as saying by state-run media Cubadebate.

In Trump’s typical anti-Democrat/anti-Obama ways, he said last month he was canceling former President Barack Obama’s “terrible and misguided deal” with Communist-run Cuba. He actually didn’t change many of the Obama administrations reforms, but he made his standard speech about how the great Trump needs to undo Obama’s actual work.

He did increase restrictions on Americans traveling to Cuba and ordered a reduction on U.S. business dealings with the Cuban military, even though he fully supports business deals with the terrorist regime running Saudi Arabia.

Castro stuck to his peacemaking rhetoric saying Cuba remained open to negotiating matters of mutual interest with the United States.

“Cuba and the United States can cooperate and live side by side, respecting their differences,” he said. “But no one should expect that for this, one should have to make concessions inherent to one’s sovereignty and independence.”

Is Trump right to go after Cuba or should he seek peace? Is Trump in any place to speak ill of another country’s humanitarian situation after he supports terrorists and terrorism in many other countries?  Let us know your thoughts in the comments below!