Home News Job Offers Roll In For Ex-Prisoner Who Skipped Job Interview to Save... 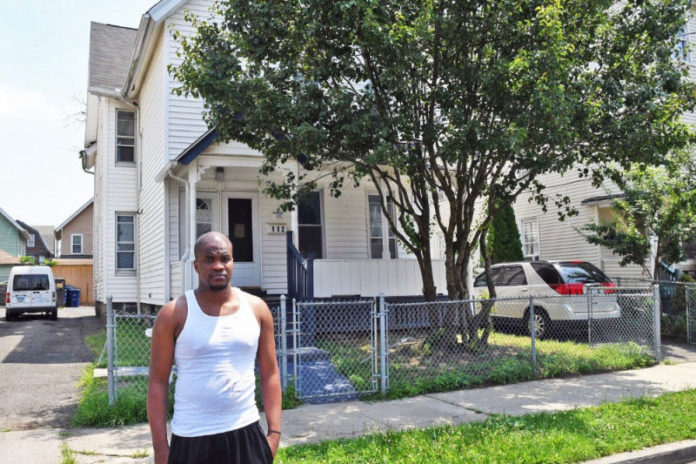 A father who is trying to get back on his feet after serving 22 months in prison decided to ditch a job interview in order to save the life of a stranger wounded in a car crash. He was just doing the right thing when no one else would, and now his good deeds are coming back to him, with job offers and donations coming in on his behalf.

Aaron Tucker, 32, left the halfway house where he currently resides in Bridgeport, Connecticut on Wednesday morning with less than $2 in his pocket, en route to his job interview for a busboy position at Dinosaur Bar-B-Que in Stamford, Connecticut, reported The Root.

“I got up around 5 o’clock in the morning because I was so excited for the interview,” Tucker said.

His journey took an unexpected turn while on his bus ride to the interview. Tucker says he saw an overturned vehicle on the road ahead of the bus in Westport, CT.

“I looked up and saw a car flipped over right in front of the bus, so I ran to try to jump out of the bus,” Tucker said. However, the bus driver just wanted to continue his route and didn’t care that Tucker wanted to help the injured driver.

“I said I was going to help him, and asked the driver if he was going to wait for me and he said, ‘No, I am going to leave you,’” Tucker said.

Tucker decided to do the right thing as a human, and he got off the bus to help the victim trapped in a smoking car.

“I saw a lot of smoke coming from the car, and I just jumped off the bus and ran to the car,” he said.

Tucker went to the vehicle from the passenger’s side so he could unbuckle the driver’s seat belt and remove him from the overturned car. Then, noticing that the driver was bleeding from the head, Tucker took the shirt off his own back—one he had been given to wear to his interview—and used it to stop the blood loss, reported The Root.

Two other men from a nearby auto-body shop also rushed to help the victim.

“He kept shutting his eyes and I made sure he stayed awake. I told him to open his eyes. I said, ‘Your family wants you,’” Tucker said.

An ambulance arrived and the victim was taken to a hospital, where his condition was reported to be stable.

The people of Westport are calling Tucker a hero, but Tucker is brushing off the label, saying he was just in the right place at the right time. He doesn’t even think it was a big deal to pass on his job interview.

“It didn’t go through my head, because a job can come and go, but a life is only one time. The only thing running through my head is that person in the car could pass away and I could help him,” he said.

Tuckers actions have given him 3 job offers already, in construction and at a rubber factory.

The Westport community also has rallied around him, starting a GoFundMe, which is already over $23,000, with a goal of $25,000.

Tucker points out again that he was simply doing the right thing, he was not looking for rewards.

“I just want everybody to know it’s not about what people could do for me. It’s just about me saving his life,” he said.

One of Tucker’s top goals is to get a job so he can support his 21-month-old son, who currently lives with his mother.

“When I come home, he is going to live with me,” Tucker said. “I know that if I continue to work, I am going to get a job because I am not going to go without supporting my son and raising my son to be happy.”

Welcome Aboard, But First US Marshals Will Scan Your Retina – Anti Media News