Home News Dejuan Guillory Was Unarmed, Lying on The Ground, Then Shot in The... 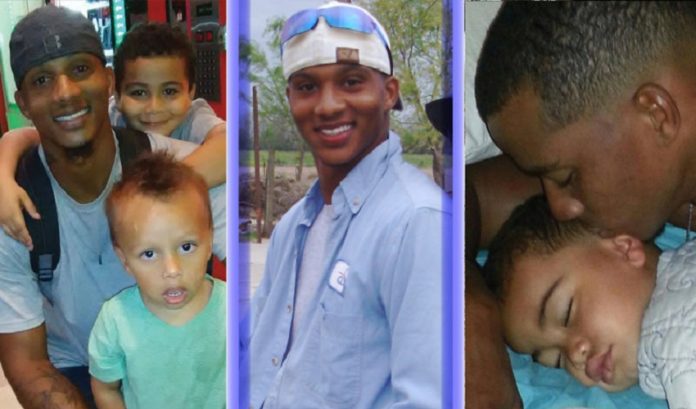 Dejuan Guillory,27, was shot in the back by a sheriff’s deputy while he was unarmed and laying on the ground in the backwoods of Louisiana, just outside of the town of Mamou. The details of the incident have raised some major red flags because of the inconsistencies of the officer’s story.

According to his family members, Guillory, a concrete contractor, had just been paid for two concrete jobs and wanted to do something with his new girlfriend—DeQuince Erin Brown. Guillory decided they would hop on his all-terrain vehicle and go frog hunting, called “frogging” in Southwest Louisiana, reported The Root.

Brown said through the Guillory family’s attorney, Pride Doran, in an interview with The Root, that the couple were on the ATV on Chad Lane when they came across a parked vehicle. The car flashed its lights, stopping the couple, and out stepped Paul Holden LaFleur, a deputy with the Evangeline Parish Sherrif’s Department. 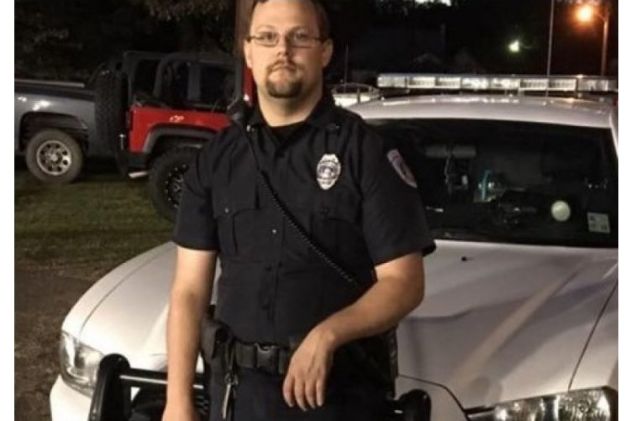 There are several questions as to why LaFleur was parked in the middle of nowhere at 4 a.m. in the morning. The police department says he was answering a burglary call. It is unclear whether LaFleur was on duty, in police uniform or even in a marked car, but both Guillory and his girlfriend recognized LaFleur as an officer.

The officer allegedly asked both parties for identification and when they objected, LaFleur ordered them off the four-wheeler. Doran says that Guillory and the officer got into a heated argument and after a brief altercation, LaFleur ordered Brown and Guillory to get on the ground.

Doran said both Brown and Guillory complied, but when Guillory was on the ground, LaFluer decided to fire his gun multiple times at Guillory, shooting him in the back 3 or 4 times.

After shooting the unarmed man, LaFleur didn’t even call for medical help, he just went back to his car and stayed there.

During their altercation, LaFleur dropped his police radio, and Guillory was able to use it to call for help.

Then Guillory died, and LaFleur started inventing lies to cover up his murder.

LaFleur said he was attacked, so DeQuince Brown was arrested on attempted first-degree attempted murder of a police officer. Then the police announced that LaFleur (who was parked on a dirt road at 4:10 a.m. with his lights off) was in the area answering a burglary call (even though no one in the area knew of such a burglary), according to The Root.

The Root reported on some of the things being thrown around to try to make the victims seem like the bad guys, even though it was the officer that shot an unarmed man in the back.

You could see it happening. The Acadinia Advocate kicked it off by calling it an “officer-involved shooting.” Dequince Brown was no longer a girlifrend out frogging with her boyfriend, she was now an attempted murderer. But that wasn’t enough, so The Daily Advertiser dug into Guillory’s past and reported it this way:

It’s unclear why Guillory wasn’t in jail since he was sentenced in December by 13th Judicial District Court Judge Gary Ortego to 10 years in jail, with all but five years suspended, according to documents with the Evangeline Parish Clerk of Court Office.

Guillory was arrested in August 2015 after he allegedly stole an ATM from Citizen’s Bank using a backhoe, according to news reports at the time.

See how it works? Guillory was supposed to be in jail, according to them. But even now that they had successfully turned the corpse into a criminal, they were not yet done. They then made him into a suspect. Here is a sample of the headlines:

To be clear, Dejuan Guillory was never questioned about a burglary. DeQuince Brown’s charges do not include burglary charges. She has been in jail for 48 hours and no law enforcement official has asked her about a burglary.

This is a major tragedy that is not getting the media attention it should be. Help share his their story so there might be justice. Help be a part of bringing this cowardly killer cop to justice.