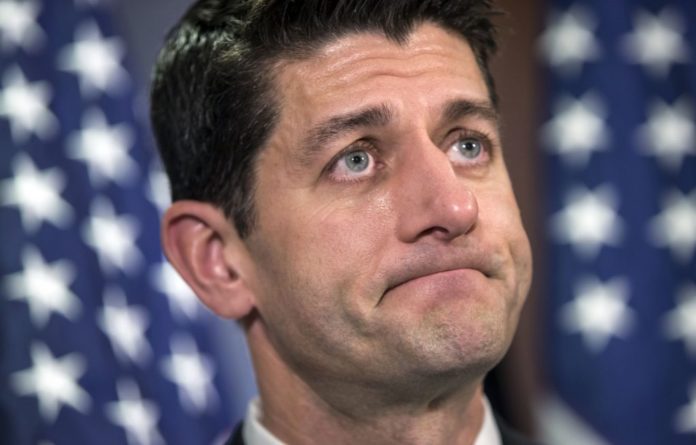 Two more Republican senators said Monday they will oppose the current Republican health-care bill, and that is enough to stop this version of it for now.

Following the announcement, Senate Majority Leader Mitch McConnell abruptly called for a vote to repeal Obamacare without an immediate replacement as the replacement effort seemed to collapse, reported CNBC.

Senators Jerry Moran, R-Ks., and Mike Lee, R-Utah, became the third and fourth GOP senators to refuse to support their party’s Obamacare replacement plan as written. They said they would not even back a motion to proceed — a procedural vote that would start debate on the bill.

Former President Obama said of the bill, “This bill will do you harm.”

Following the senators’ announcement, President Donald Trump urged Republican lawmakers to repeal Obamacare first, and then come up with a solution for replacing it. It is unclear if the GOP has the votes to repeal the law without an immediate replacement, as it risks destabilizing insurance markets, noted CNBC.

Republicans should just REPEAL failing ObamaCare now & work on a new Healthcare Plan that will start from a clean slate. Dems will join in!

Trump is infamous for simply trying to undo many things that Obama did, regardless of whether or not they were good for America and Americans.

Before Trump’s tweet, a White House official said in a statement that “inaction is not an option. We look forward to Congress continuing to work toward a bill the President can sign to end the Obamacare nightmare and restore quality care at affordable prices.”

McConnell then called for a vote on a bill to repeal Obamacare even though there is nothing to replace it.

“Regretfully, it’s now apparent that the effort to repeal and immediately replace the failure of Obamacare will not be successful,” McConnell said in a statement. “So, in the coming days, the Senate will vote to take up the House bill with the first amendment in order being what a majority of the Senate has already supported in 2015 and that was vetoed by then-President Obama: a repeal of Obamacare with a two-year delay to provide for a stable transition period to a patient-centered health care system that gives Americans access to quality, affordable care.”

Senate Republicans released a revised Obamacare replacement bill last week, hoping to win over both conservative and moderate holdouts who opposed an earlier version of the plan. Two GOP senators — Rand Paul of Kentucky and Susan Collins of Maine — almost immediately opposed it, while several others expressed skepticism, reported CNBC.

“In addition to not repealing all of the Obamacare taxes, [the bill] doesn’t go far enough in lowering premiums for middle class families; nor does it create enough free space from the most costly Obamacare regulations,” Lee said of the current version of the Trumpcare plan.

Moran said the bill “fails to repeal the Affordable Care Act or address health care’s rising costs.” He also criticized what he called Republicans’ “closed-door process” that led to the plan.

“We must now start fresh with an open legislative process to develop innovative solutions that provide greater personal choice, protections for pre-existing conditions, increased access and lower overall costs for Kansans,” he said in a statement.

Cannabis Is An Exit Drug For Major Addictions, Not A Gateway To New Ones...

Police Blast Man out of His Van with Fire Hose Then Kill Him –...