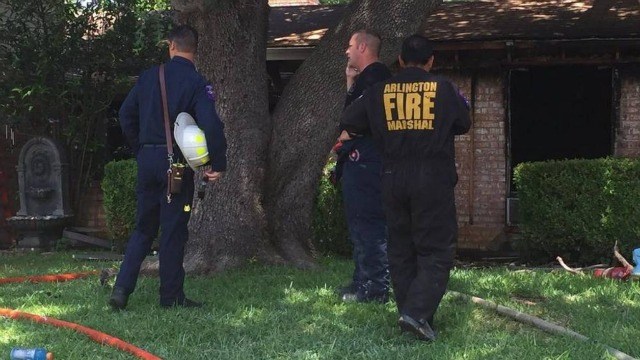 A call to Texas police to subdue a suicidal man has left a man in hospital being treated for burns after the man doused himself in gasoline, but responding officers used a taser in an attempt to subdue him which resulted in the man being ignited in flames.

Arlington police spokeswoman Sgt. VaNessa Harrison said that the officer who deployed the Taser believed that the man was going to ignite the gasoline with a lighter that he had in his hands, and the Taser was deployed in an attempt to subdue him, saying that the man’s behavior was “very frantic and erratic and became a danger to everyone in the room.”

“We realize that a Taser can have some other implications, but we also know he had something in his hand,” Harrison said. “It’s unclear at this moment whether he became engulfed in flames from the gasoline and ignitable object he had in his hand or from the Taser.”

While the situation called for split-second decision making, the use of a taser on someone who doused themselves in an accelerant brings up the question- what else could have been done?

Police were called to the home after two women reported a man behaving erratically and threatening suicide, and after they got the women out of harm’s way, they began talking to the man to try to calm him down. Instead, he poured more gasoline on himself.

Do you think the police did the right thing given the circumstance or was the decision made in haste, and this situation could have been handled differently? Share your thoughts in the comments below.

You Will Never Eat McDonald’s Again After You Read These Horrifying Facts – Anti...