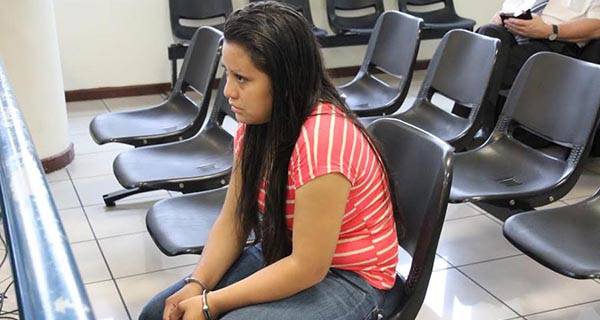 El Salvador has long been criticized for its abortion laws, and a recent court ruling only adds fuel to the fodder.

On Wednesday, an El Salvador court sentenced 19-year-old Evelyn Beatriz Hernandez Cruz to 30 years in prison. Her crime? Intentionally not seeking prenatal care which, according to the court, could have saved the life of her stillborn child. The child, born into a toilet in April of 2016, was a product of rape.

Hernandez Cruz’s attorneys told a different story, however. By their account, their client was raped repeatedly by a gang member over the span of several months and simply did not know she was pregnant until after she had given birth.

After suffering severe abdominal pain and fainting in her bathroom in April of 2016, Hernandez Cruz’ mother took the young woman to the hospital, where she gave birth in a bathroom. Medical experts who discovered the infant afterward could not determine if it died in utero or just after being born. Regardless, they reported her to officials, who handcuffed Hernandez Cruz to her hospital bed while she was being treated for anemia and a urinary tract infection. She has remained in detention ever since.

The judge in the case bought the prosecutor’s argument, but added that the mother of Hernandez Cruz may also be criminally culpable, as the 19-year-old could not have acted alone in the crime.

NJ State Trooper Admits to Pulling Over Women to Ask Them Out and Then...