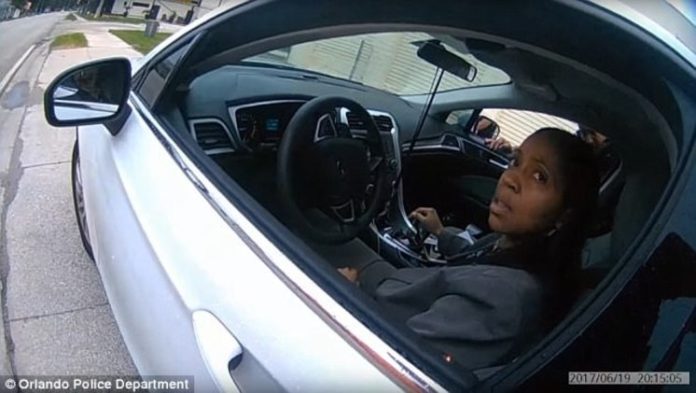 Florida State Prosecutor Aramis Donell Ayala is no stranger to controversy and racially charged insults.  As we previously reported, the state’s first and only Black prosecutor was the recipient of a noose in the mail after declaring that she would not pursue the death penalty for violent felony cases which she presides over. In a state which generally heavily supports capital punishment, her move was not taken to by many.

This time, however, Ayala is making headlines for a different reason- in a now viral video captured the State attorney being racially profiled and targeted by two white police officers who awkwardly try to weasel an explanation of why they pulled her over for no apparent reason other than being a black. The video especially highlights her command for respect and the officer very regrettably not knowing who was behind the wheel.

According to Xeni Jardin for BoingBoing:

The Tampa Bay Times reports that Ayala is “no stranger to racially charged insults, especially after she declared in March that she’s not pursuing the death penalty for violent felony cases. For instance, in April, she received a noose in the mail.”

But now footage has emerged where two white police officers are having a tough time explaining why they pulled over Ayala, the Orlando-area prosecutor on June 19 at about 8:15 p.m.

Ayala informed the cop she was the state attorney, which led to the cop explaining why she had been stopped.

Ayala then asked, ‘what was the tag run for?’ which led to further attempts at explanation from the officer.

What follows is an awkward exchange in which the officer cannot clearly give the State attorney a valid reason, and Ayala demanding their cards (which they do not provide).

‘Oh we run tags through all the time, whether it’s a traffic light and that sort stuff, that’s how we figure out if cars are stolen and that sort of thing,’ he said, as the attorney could be seen getting noticeably annoyed in her seat.

‘Also, the windows are really dark, I don’t have a tint measure but that’s another reason for the stop.’

Ayala then asks for the officers’ names, saying: ‘Do you guys have cards on you?’

She also shared the following tweet, putting the officers on blast:

Politicizing justice is an injustice itself.

No matter the social standing of a black individual it is disheartening that occurrences like the one in this story highlight how much more needs to be done to create equality for all and to also reform the systems of law enforcement.  View the attached video to make your own conclusions. Do you think the traffic stop was justified, or do you think Ayala was clearly racially profiled simply for being a black woman? Start the discussion in the comments below.

4,200 Free Marijuana Joints Will Be Distributed In DC On Inauguration Day – Anti...