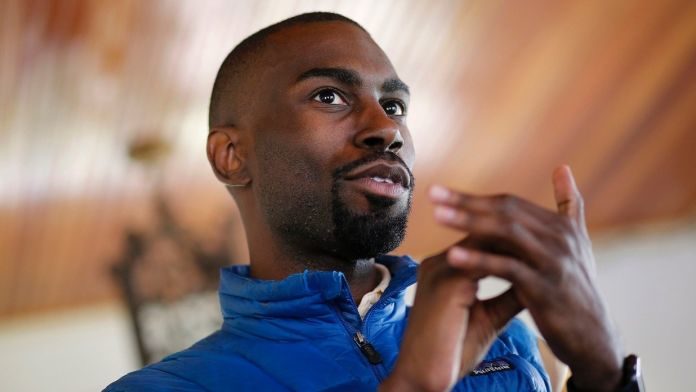 A Louisiana officer filed a federal lawsuit against Black Lives Matter, accusing the movement and several of its leaders of inciting violence that led to a gunman’s attack on officers in Baton Rouge, LA last summer, leaving three officers dead.

DeRay Mckesson and four other Black Lives Matter leaders are named as the defendants in the suit filed Friday on behalf of one of the officers wounded in the July 17 “ambush” by Gavin Long, a black Marine veteran, who was also shot and killed during the incident, reported The Associated Press.

The lawsuit does not identify the officer who filed the suit, but the description of the plaintiff matches East Baton Rouge Parish Sheriff’s Deputy Nicholas Tullier.

Long shot Tullier in the head, stomach and shoulder, leaving him with brain damage. By December, the 42-year-old father of two had emerged from a vegetative state, regained some movement of his body and was able to communicate nonverbally

The same attorneys who filed the lawsuit Friday have previously sued Black Lives Matter (and Mckesson) on behalf of another Baton Rouge police officer who was injured during a protest surrounding Alton Sterling’s police-shooting death last July.

“This is quite a world,” Mckesson said Friday when he found out about the lawsuit.

It claims Mckesson was “in charge” of a July 9, 2016, protest that “turned into a riot,” accusing the activist of not doing anything “to calm the crowd and instead” inciting violence on behalf of Black Lives Matter.

The Root reported on the details of the incident in question:

Last July, Gavin Eugene Long, who turned 29 the day of the shooting, shot at six law-enforcement officials, killing three. The shooting was called an “ambush,” with officials stating that he intentionally targeted officers. Long had a strong online presence, and prior to the shooting, expressed anger over Alton Sterling’s death at the hands of police earlier that same month. He also left behind a note stating that he believed he had to hurt “bad cops as well as good cops in the hopes that good cops (which are the majority) will be able to stand together and enact justice and punishment against bad cops.”

The suit describes Long as an “activist whose actions followed and mimicked those of” the sniper who had killed five officers in Dallas just days prior to the 2016 incident, and also accused Black Lives Matter leaders of encouraging others to harm police “in retaliation for the death of black men killed by police.”

“Obviously, at this point, talk show hosts were holding them responsible, and they were having to defend the blame and responsibility for what they had caused whether in whole or in part,” the suit claims.

Cut Aid To All Who Voted Against Israel In UN Resolution – Anti Media...

Fukushima Radiation Is Still So Bad It Crippled Two Robots That Went Near It...