Home Government Japan’s First Lady Pretends Not to Know English For 2 Hours to... 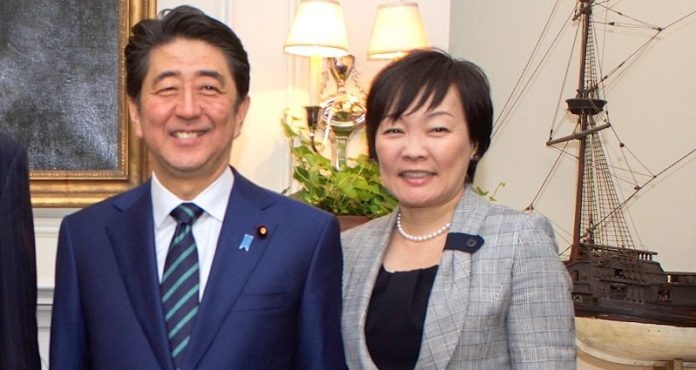 The Japanese first lady has apparently won over the internet by trolling President Donald Trump into believing she does not speak English. While seated next to the POTUS during the G20 summit in Hamburg, Germany- Akie Abe, the wife of Japanese Prime Minister Shinzo, avoided talking to the President (for reasons undisclosed) by simply keeping mum or using an interpreter leading President Trump to believe she did not understand English, having noted to the press that she knew “nothing like zero” not even “hello”. The caveat, however, is that Mrs.Abe speaks English fluently and there is a video to prove it. It would seem as though she, like the many folks on the planet- seemingly wants nothing to do with the man.

As reported by Next Shark:.

In an interview with the New York Times, Trump explained that he was not able to converse with Mrs. Abe because she doesn’t understand English.

“So, I was seated next to the wife of Prime Minister Abe, who I think is a terrific guy, and she’s a terrific woman, but doesn’t speak English,” Trump was quoted as saying.

Trump further lamented that the evening had been “hard” because the meal went on for “probably an hour and 45 minutes.”

Narrating the awkwardness of the whole situation, he said: “So I’m sitting there. There was one interpreter for Japanese, ’cause otherwise, it would have been even tougher. But I enjoyed the evening with her, and she’s really a lovely woman, and I enjoyed — the whole thing was good.”

Trump would later switch seats to be able to sit next to Russian President Vladimir Putin.

Trump’s claim on Twitter was later debunked by journalist Thielman, however, by posting a video of Mrs. Abe speaking in Fluent English addressing the Ford Foundation.

Guardian columnist Jessica Valenti then came up with a theory that the first lady “pretended not to speak English for nearly two hours to avoid talking to Trump.” 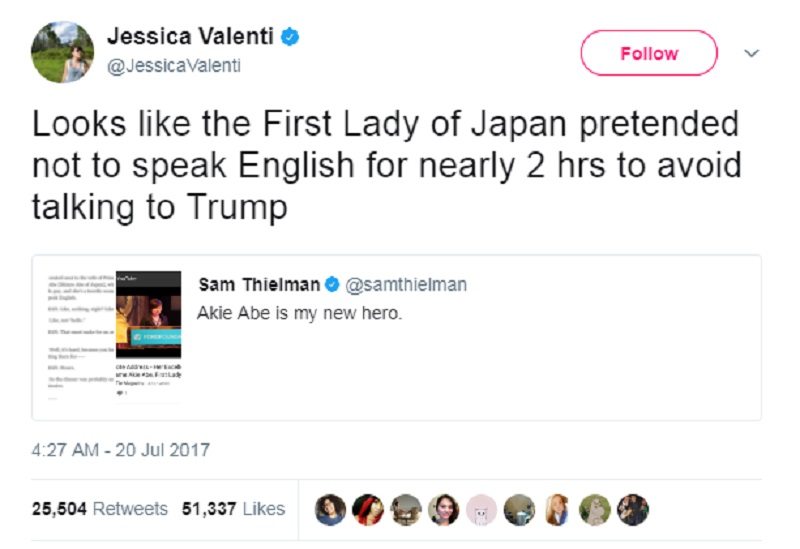 The video soon went viral on Twitter, with many users adopting Valenti’s idea and began commending Abe for feigning ignorance of the English language. 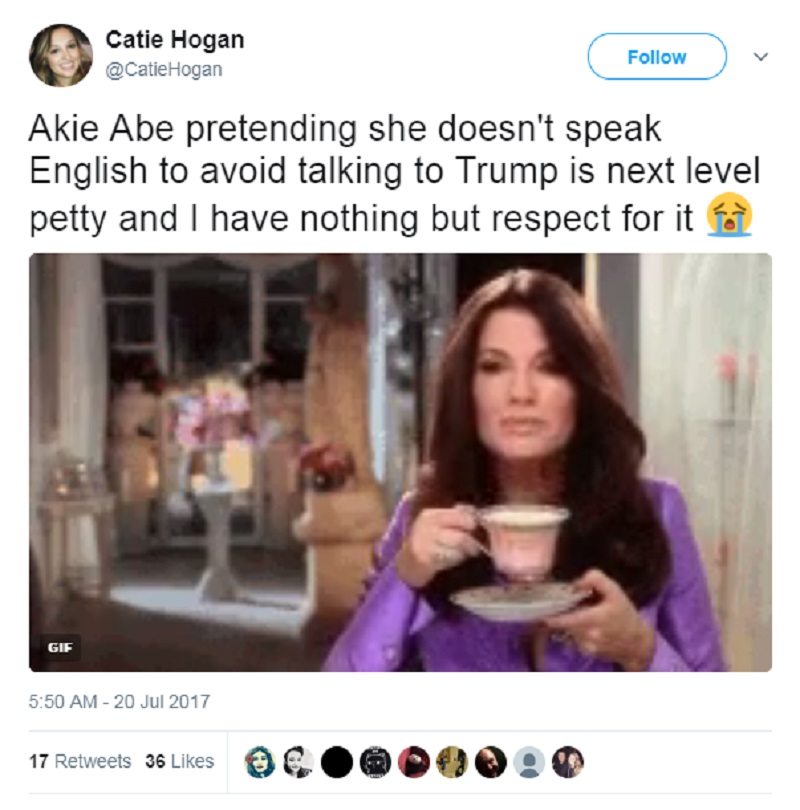 What do you think Mrs.Abe’s motives were when she led the President to believe she did not speak English? Is it something you commend, or do you view it as disrespectful to one of the most powerful people in the world? Share your thoughts in the comments below.

Cop Scared of His Own Shadow, Holds Innocent Couple at Gunpoint for 10 Minutes...