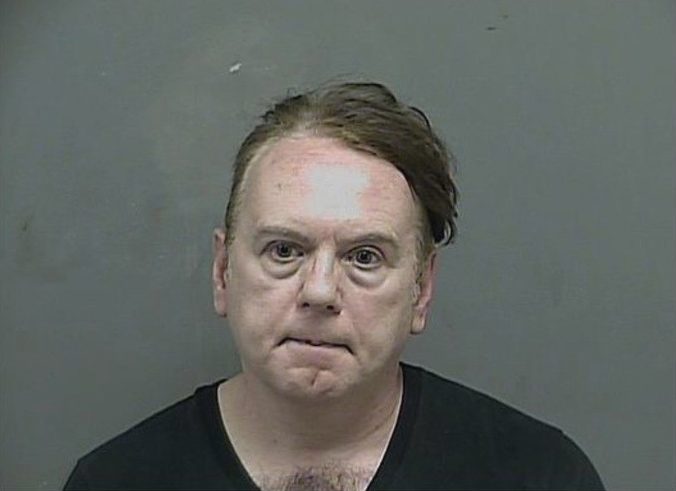 David Narramore, the chairman of the Letcher County Republican Party in Kentucky, is facing charges after he exposing himself in a department store bathroom:

David Narramore, 54, of Whitesburg was arrested Saturday night in a Belk department store in Kingsport, Tenn., according to police there.

A store employee told officers that he was in a bathroom stall next to Narramore when Narramore began rubbing his foot against the employee’s. Narramore then exposed himself under the stall to the employee, according to police.

Narramore was escorted to the loss prevention office, and when police officers arrived, he tried to “passively resist” arrest. After pulling away from and then moving toward officers, and then attempting to fight the officers, he was subdued with the stun gun, according to police.

According to the Courier-Journal, the stun gun wasn’t effective:

The Taser, however, didn’t have any effect on Narramore, and an officer punched him in the face to subdue him, an arrest citation states. Several officers then wrestled Narromore to the ground and were eventually able to detain him.

He appears to be heavily involved in Kentucky politics:

David Narramore, 54, of Whitesburg, Kentucky at the time served as a member of the State Executive Committee of the state’s Republican Party as well as the Letcher County chairman, said Tres Watson, communication’s director for the Republican Party of Kentucky.

Narramore unsuccessfully ran for Mayor of Whitesburg in 2014. His arrest will undoubtedly draw comparisons to former Idaho Republican Congressman Larry Craig, who was arrested under similar circumstances at the Minneapolis-St. Paul International airport in 2007.