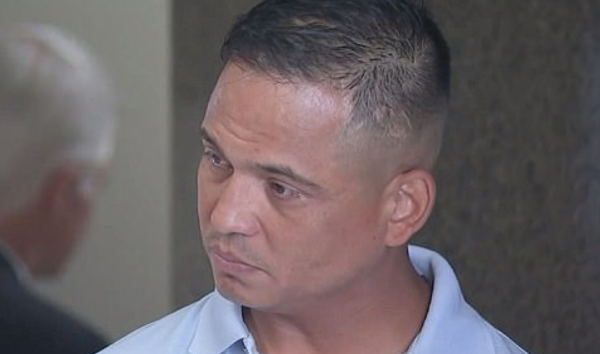 A court in Houston, Texas is forcing a man to pay $65,000 in child support for a child DNA testing proved is not his.

Science has proven Gabriel Cornejo is not the father of the child, but Texas laws don’t seem to care about scientific evidence.

Gabriel Cornejo’s only choice may be to pay the $65,000 in child support for a child that isn’t his and he’s only met one time last year, according to ABC13.

“I never thought in my whole life I would have to defend myself or something that I am innocent of,” Cornejo said.

Cornejo is a father of three kids that are actually his, and he is raising two of his brother’s kids. Last year, a deputy showed up at his door with court papers telling him the state of Texas thinks he has another child.

Cornejo said he never knew the child existed, so he went to meet his then 16-year-old daughter for what he says was the first time.

“[She’s] a wonderful girl,” Cornejo said. “Very smart. A lot going on for herself.”

He, his wife and the ex-girlfriend he broke up with 16 years ago all agreed he should get a DNA test, so he did.

“The results came in,” Cornejo said. “I’m not the father.”

Cornejo’s ex-girlfriend still wants his money and the state of Texas is taking her side.

In 2003, Cornejo’s ex-girlfriend went to court and said Cornejo was the only possible father. The state of Texas started assessing child support payments, which continue to add up, now totaling nearly $65,000. Cornejo was never told, he claims. Court records suggest, but don’t prove, he got a subpoena years ago. He told ABC that he denies it.

The mother’s lawyer says child support was taken from Cornejo’s paycheck long ago and Cornejo never fought it. That can be enough to establish a lock-tight claim that he should’ve dealt with it long ago.

“Don’t stick your head in the sand,” the mother’s lawyer Carel Stith said. “It won’t go away and there can be consequences even if you don’t do anything.”

“Unfortunately, this young child is the one who suffers,” Cornejo’s lawyer Cheryl Coleman said.

Unless he and his lawyer can convince a judge to take a second look there’s nothing that can change the previous court order and Cornejo will still owe all the money because his girlfriend committed perjury 16 years ago.

“They say he should have fought back then and he failed to do so,” Coleman said. “But how can you fight something you don’t know anything about?”

If the court refuses to reopen the case, he will have to either pay the $65,000, or go to jail. The case will be back in court in August.

Gabriel Cornejo says he hopes for a state law change to prevent situations like the one he is now in.

These New GMOs Are Flooding The “Natural” Market. Here’s How To Avoid Them –...