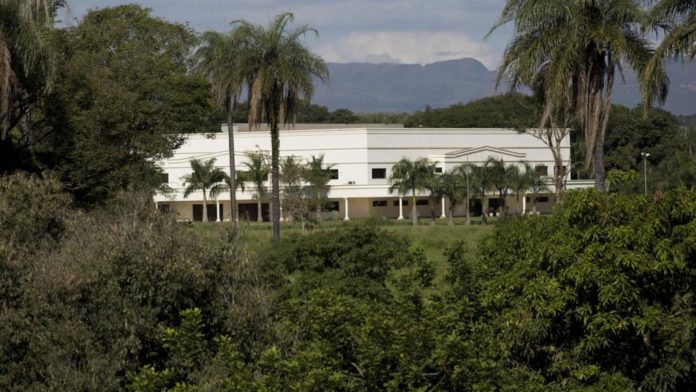 A North Carolina church that is already under investigation for kidnapping and trying to beat the homosexuality out of a gay man is making headlines again, but this time for importing worshipers from Brazil and turning them into slaves.

The Word of Faith Fellowship recruits young members from two affiliated churches in Brazil  to come to the U.S. on tourist and student visas where they are put to work  on the church’s 35-acre compound in Spindale for no pay, reported the Associated Press.

One man, identified as Andre Oliveira, told the AP that he was forced to work 15 hours a day, usually for no pay, cleaning offices and warehouses owned by the evangelical church. He was also forced to work at private businesses owned by some of the church’s ministers. Olivera stated that failure to comply resulted in beatings and shaming from the pulpit.

“They kept us as slaves,” Oliveira explained. “We were expendable. We meant nothing to them. Nothing. How can you do that to people — claim you love them and then beat them in the name of God?”

The AP stated, “Under U.S. law, visitors on tourist visas are prohibited from performing work for which people normally would be compensated. Those on student visas are allowed some work, under circumstances that were not met at Word of Faith Fellowship.”

Former churchgoers who came from Brazil said that they had their passports taken away and lived in “horrific” living conditions, with as many as eight people living in the basement of a church leader’s home. What little money they were paid was immediately returned to the church to pay for their living expenses.

“Brazilians came here for labor. I’m telling you, that’s it,” claimed Thiago Silva who was recruited at age 18. He called the treatment “a violation of human rights.”

The church is currently being investigated by the U.S. Attorney in Charlotte for crimes that may go back years and involve hundreds of young Brazilians.

Investigators Search Justine Damond’s House For DNA, Weapons and Drugs After She Was Killed...